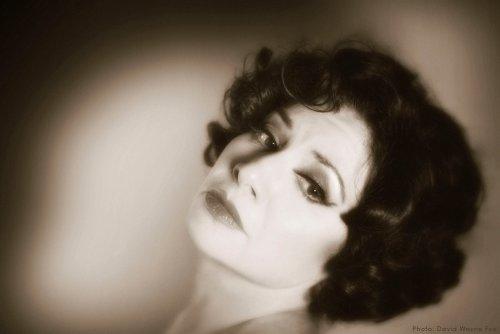 With her melodious voice, expressive features and alluring physicality. Romy Nordlinger gives a magnetic performance as Alla Nazimova, the stage and silent movie star in Places. It’s an expertly presented biographical solo show about “The most famous star you’ve never heard of.”

It begins with an illustrative montage of black and white film clips and stills of Nazimova’s career. This device also accompanies the performance and it’s a striking visual setup. Adam Burns’ graphics and video design, and David Wayne Fox’s photography are quite accomplished in achieving this.

Wearing a slinky black flapper dress and pearls, black pumps and shrouded in a white shawl, the glamorous Ms. Nordlinger dramatically enters and charismatically holds forth for 65 minutes. With skillful comic timing, slight Russian inflections and emotional range, she enacts the life story of the performer who was once widely celebrated and then faded into relative obscurity.

Born in 1979 to Jewish parents in rural Russia, Nazimova grew up in poverty. Entranced by the theater as a child, she later studied acting with Konstantin Stanislavski. Following stage stardom in Moscow, she toured Europe and arrived in New York City in 1905, and became a major theater fixture following her 1906 performance in the title role of Hedda Gabler. 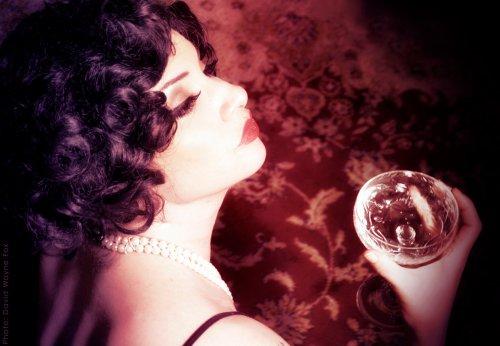 In 1916, she began making silent movies and became a rival to Mary Pickford as the highest paid movie star. Emboldened by her success she produced, wrote, directed and starred in her later pictures. She was a free-spirited bisexual and that had a deleterious effect on her career.

After several box office failures including an adaptation of Oscar Wilde’s Salome, she was ruined in Hollywood. Returning to the New York stage, she had a number of acclaimed roles and later a few character parts in sound movies. She died in 1945 at the age of 66 in Los Angeles. Nancy Reagan’s mother was a close friend, and Nazimova was Reagan’s godmother.

For financial reasons, her Hollywood estate was transformed in the 1920’s into the famous The Garden of Allah, a hotel comprised of bungalows. F. Scott Fitzgerald, Ernest Hemingway and Dorothy Parker were among the notables who were guests. Nazimova lived there in straitened circumstances.

“I wanted the audience to see Places, not as a ‘museum’ piece, but a piece that was relevant TODAY. Nazimova was fighting the things in the 19th century and early 20th century that we are still fighting…,” explains Nordlinger, who also wrote the show, in publicity materials for the production. Her conceit is that Nazimova exists as a ghost and cheekily addresses the audience directly. Her skillful, well-researched and assembled biographical facts are laced with feminist slanted commentary, and knowledge of events that occurred after Nazimova’s death. 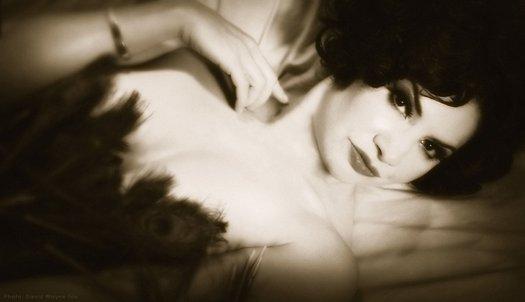 Madonna and Lady Gaga are cited as beneficiaries of Nazimova’s trailblazing path. There are film images of notable personages that include Barbara Walters, Adolf Hitler, Benito Mussolini, Bill Clinton and lots of Donald Trump. This all infuses the show with a refreshing contemporary streak.

Director Katie McHugh’s staging is a lively blend of the technical aspects and finely choreographed movements that enhances Nordlinger’s performance.

Nick T. Moore’s sound design adds an ethereal dimension with its fluctuating volume that powerfully renders the clips of old songs and effects. Mr. Moore’s original eerie score is a tuneful combination of the past and modern tones.

Highly informative and entertaining, Places succeeds both as a showcase for Romy Nordlinger’s considerable talents as well as restoring Nazimova to the public consciousness.