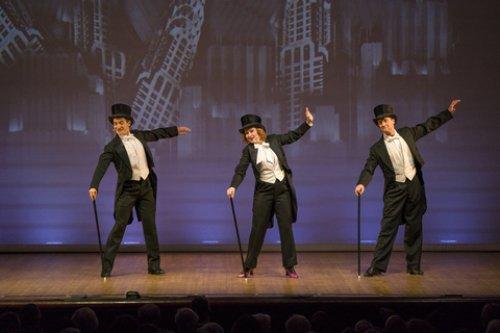 “Steppin’ Out with My Baby” sung and danced Bob Fosse-style, with finger snapping and sensual movements by cast members dressed in black and gray casual wear was the exuberant second act opening number of the 92Y’s Lyrics & Lyricists Series’ Irving Berlin: American. Later on, there was a beautifully airy take on “Cheek to Cheek.” “Top Hat, White Tie and Tails” was a breezy spectacular with cast members in formal wear twirling canes.

There was also the narrative device of having Irving Berlin appear as a commentator. This was achieved by the marvelous performance of Stephen DeRosa who channeled Berlin’s presence with his rat-a-tat show business cadences and comic timing. Mr. DeRosa also conveyed Berlin’s melancholy and sang and danced through the presentation with joyous flair. His “This is A Great Country” was quite stirring and his “Cohen Owes Me Ninety-Seven Dollars” was priceless.

Mr. Gardner’s supreme tap dancing, boyish and sunny persona were delightfully evident for “Everything in America Is Ragtime,” “Maybe it’s Because I Love You Too Much” and in the group numbers.

Ms. Hsu came close to stealing the show with her hilarious rendition of “You’d Be Surprised” that slyly emphasized the song’s suggestive naughtiness. Hsu also did a lovely “They Say It’s Wonderful.” 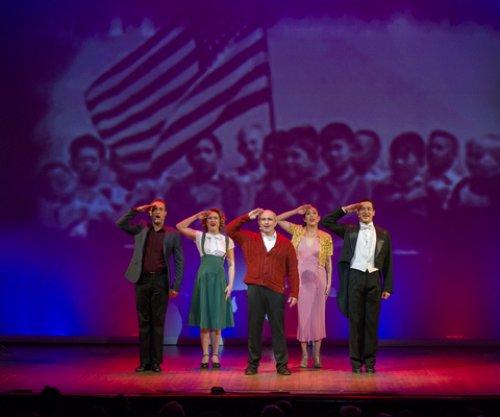 “Suppertime” and “Blue Skies” received majestic renditions by Ms. Marie. Mr. Yoder sparkled with “Alexander’s Ragtime Band,” “Remember” and during his duet with Ms. Butler of “Isn’t This a Lovely Day (To Be Caught in the Rain).” Butler’s “What’ll I Do” was intensely wistful.

The opening segment featured a number of relatively lesser known works from before and after the landmark “Alexander’s Ragtime Band” in 1911. These included “Marching Along with Time,” “Oh, How That German Could Love,” “When You Kiss an Italian Girl,” “Ephraham Played the Piano,” “Spanish Love” and “Mandy.”

“Be simple. Make your point and get out,” was Berlin’s credo and advice to aspiring songwriters. Ms. Davis and Racey appeared to have not followed this wisdom. Their conceit was to have Berlin in old age, long retired and having taken up painting, visited by a young, female songwriter. Ms. Temple was appealing and emphatic as the novice and richly performed “How Deep Is the Ocean.”

They engage in discussions about his life and the craft of songwriting with her interviewing him at times. Corniness abounds as the dialogue is often in the old-time Hollywood mode of, “And then I wrote…” These exchanges were interspersed throughout. 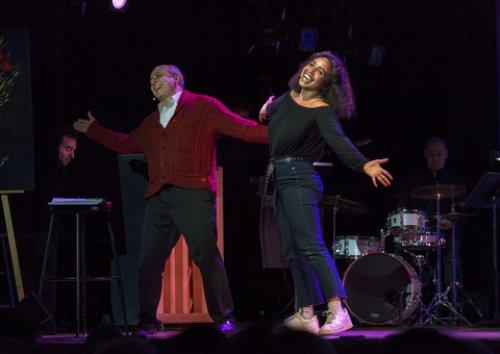 Most awkward was the portion where the young woman rummages through his trunk of drafts of songs and discovers an early version of “Puttin’ on the Ritz” that had insensitive lyrics about African-Americans.  She is appalled and grills him on it as this contrasts with his notable acts in support of civil rights. It was a leaden and relatively lengthy tangent that sidetracked the pacing for little effect.

Music director Dan Garmon led the accomplished band that had Justin Smith on violin, John De Simini on reeds, Chris Agar on bass and Dan Weiner on drums. Their efforts terrifically rendered the many familiar melodies with a fresh and jazzy take due to Mr. Garmon, Aaron Gandy and Ross Patterson’s arrangements.

2018 marks the centennial of “God Bless America” and that occasion was the inspiration for this overall splendid concert. That perennial was the glorious finale as the cast performed it with the audience standing and singing along.