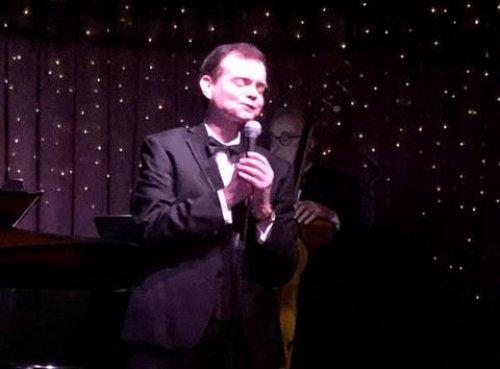 A thrilling “Almost Like Being In Love” memorably showcased the august vocalist Richard Holbrook’s supreme talents during his comprehensive cabaret show It’s Time for A Love Song: The Lyrics of Alan Jay Lerner, that celebrated the legendary writer’s centennial.

That song’s razzmatazz equally demonstrated the stellar musicianship of the jazzy Tom Nelson Trio who accompanied Mr. Holbrook with Mr. Nelson on piano, Dick Sarpola on bass and Peter Grant on drums. This number was part of a medley that included a lilting “The Heather On The Hill” also from Brigadoon.

Holbrook’s enduring youthful presence, twinkling charm and commanding vocal authority make him the ideal vessel to channel Lerner’s monumental achievements. Through his concisely informative commentary that is perfectly interlaced with 25 songs, we learn Lerner’s biographical essence. Wit, Harvard, Broadway, Hollywood, eight marriages, triumphs, flops and death at the age of 67 in 1986 are all crisply detailed during 80 fast-paced minutes.  The presentation is a model of the tributary concert with its wide-ranging array of rarities, never before heard selections in addition to classics. The dramatic lighting and polished sound design coordinated by Rocky Noel added to the show’s depth. 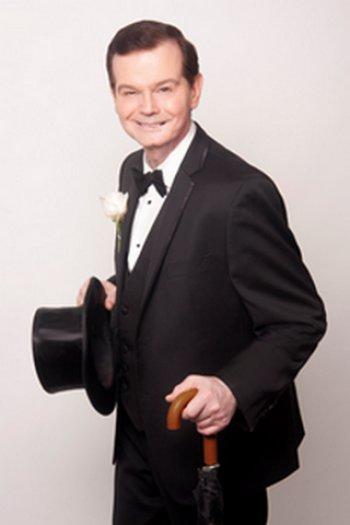 Brigadoon was Lerner’s third collaboration with composer Frederick Loewe and that hit was also represented by “From This Day On.” Their first work together was the 1943 flop What’s Up?. The Day Before Spring was their second joint venture in 1945 and its title song and “You Haven’t Changed At All” were given marvelous renditions.

The duo’s Paint Your Wagon provided another high point with Holbrook’s gliding “I’m On My Way” and powerful versions of “I Talk To The Trees” and “Another Autumn.” Lerner supplied the lyrics to Kurt Weill’s music for the 1948 musical Love Life and there was a dramatic “Here I’ll Stay” and a terrifically comic rendition of the dese and dose Guys and Dolls-style “Economics.”

An MGM screenwriting contract in 1951 brought Lerner to Hollywood to write the script for the Academy Award-winning Best Picture An American in Paris that also brought him an Oscar. That year he wrote the script for Royal Wedding as well as the lyrics for composer Burton Lane’s songs that yielded several standards introduced by Fred Astaire. “Sunday Jumps’” neat rhymes were a revelation as only the instrumental was used for Astaire dancing with a coat rack. The dancing on the ceiling “You’re All the World to Me” was playful. “A low down corny vaudeville number” is how Lerner described the raucous “How Could You Believe Me When I Said I Love You When You Know I’ve Been A Liar All My Life?” that was written for Astaire during a morning car ride on the way to the studio. There was a wistful “Too Late Now.” 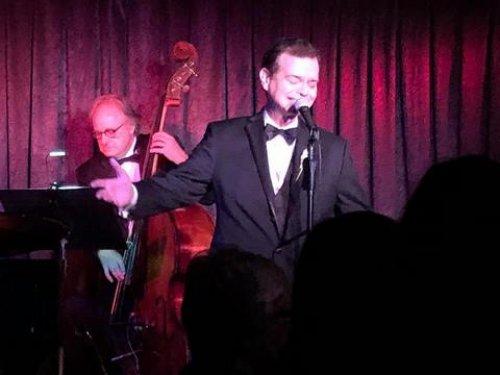 On A Clear Day You Can See Forever was featured by “Come Back to Me,” “Hurry It’s Lovely Up Here” and its title song. For the patriotic 1600 Pennsylvania Avenue for which Lerner’s college classmate Leonard Bernstein wrote the music, Holbrook dramatically began a capella on “Take Care Of This House.”

The three Lerner and Loewe stalwarts got brief yet forceful attention. There was a punchy “I’ve Grown Accustomed To Her Face” from My Fair Lady, a delightfully sly “I’m Glad I’m Not Young Anymore” from Gigi and a majestic “Camelot” with mention of its JFK associations.

From It’s Time for A Love Song: The Lyrics of Alan Jay Lerner’s joyous opener “Ev’ry Night At Seven” to the tender encore of “On The Street Where You Live,” Richard Holbrook’s seasoned, clarion and emotive singing was beautifully matched with the phenomenal Tom Nelson Trio.