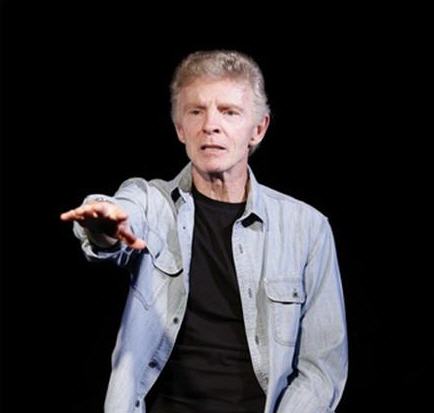 In 1970,then 23-year-old Long Islander Billy Hayes was arrested in Turkey for attempting to smuggle two kilos of hashish out of the country. Although he was initially sentenced to four years, political pressure later saw his sentence increased to life. Following his sensational escape, he told his story in the media and then in a best selling book. The 1978 film version directed by Alan Parker from an Oscar-winning script by Oliver Stone was a success and launched the late Brad Davis’ career as Billy Hayes.

In 2010, the story was retold in National Geographic‘s television documentary, Locked Up Abroad: The Real Midnight Express.

Following the release of the movie, Mr. Hayes went on to a career in film and theater as a writer and actor. Now forty years after these events, he has written his life-defining story as a solo theater piece, Riding the Midnight Express.

During 70 engrossing minutes on a bare stage with only a tall stool as a prop, he vividly recounts these long ago incidents with great detail. Youthfully complaisant during his three prior drug runs, his fourth turned nightmarish with a dramatic arrest by armed soldiers at the airport. Four harrowing years in various oppressive prisons were made endurable by his strength and the aid of his benevolent father who provided money for bribes. Then the incredible escape, “catching The Midnight Express” to freedom.

The tale itself would be enough for the theater but that it is told by the one who lived it adds considerable depth and interest.

The additional dimension of this is that Mr. Hayes is now 66 years old. The visual quality and emotional situation is of an older man recalling his idealistic youth, follies and profound mistakes.It all bestows immediacy and poignancy.

As a performer Mr. Hayes is nimble, engaging and very entertaining. Lithe and energetic from decades of daily yoga, which he says he continued in prison, he physically infuses his material with dynamism and rueful humor.

With assistance from director John Gould Rubin, Mr. Hayes’ presentation is seamless and a model in the art of storytelling. Josh Iacovelli’s inspired lighting enhances the narrative with its varying time periods and tones.

After his performance, the show continues with Mr. Hayes answering as many questions from the audience as 20 minutes allows. His comparison of the facts versus the celebrated film’s dramatic and hyperbolic distortions was most enlightening. His benign courtroom speech at his sentencing was transformed by screenwriter Oliver Stone into an over-the-top xenophobic rant that caused Turkish officials to continue to seek his extradition and make him hated in that country for decades.

In this very successful monologue, talented conjurer Billy Hayes richly recaptures the past.

Riding the Midnight Express (through November 30, 2014)
Barrow Street Theatre 27 Barrow Street, Seventh Ave. So. at Bleecker Street, in Manhattan
http://ridingthemidnightexpress.com/
Running time: 90 minutes with no intermission and including a 20-minute audience talk back