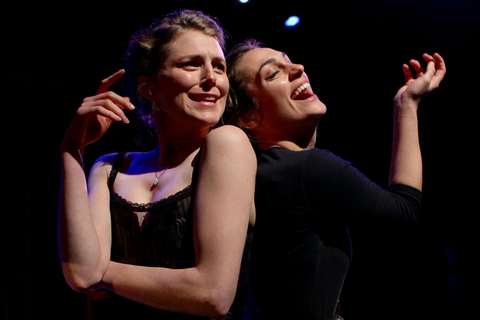 Edith Wharton’s Old New York milieu is so accurately replicated in the absorbing and richly theatrical drama Leisure, Labor, Lust that it often seems like an adaptation rather than an original work.

Playwright Sara Farrington’s characters and dialogue faithfully emulate Wharton’s style and themes. The plot starts off like one of the author’s societal conflict tales but ventures off into a frank representation of a gay male romance not to be overtly found in Wharton.

Besides depicting the upper crust, the lives of the servants are harshly detailed with inspiration from social documentarian Jacob Riis’ muckraking journalism. There are searing descriptions of the bleak existence in the Lower East Side tenements that include death from cholera.  Ms. Farrington ingeniously grafts the characteristics of Wharton and Riis with her own imaginative powers in her finely written and bold scenario that is set in 1907 and is structured in three acts. 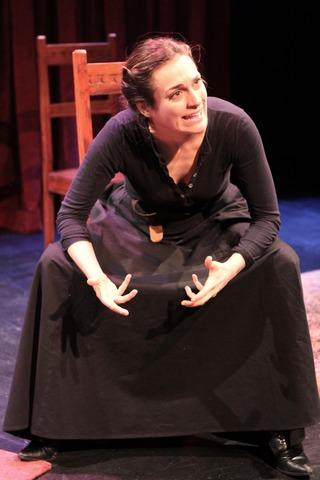 As the play’s director as well, Farrington realizes her vision with superior artistry. On a small stage with spare furnishings that evoke the period, she has the cast of four positioned precisely yet fluidly throughout as they deliver majestic performances. Combined with the accomplished technical elements this all results in a visually and emotionally arresting experience.

“Leisure” takes place in Grace Hunter’s boudoir. She is an independently wealthy novelist in her mid-30’s in a strained marriage to the 40-year-old, depressed patrician Harry. Grace is recounting a lavish dinner party the previous night to her 30ish, Irish immigrant maid Lucy. Besides enticing descriptions of the meal’s courses, we learn that Grace has become enamored of a male dinner guest. There’s also an etiquette tutorial about the proper type of stationery to use in replying to various correspondence.

Playing the two women, Stephanie Regina and Gabriella Rhodeen have an edgy camaraderie reminiscent of that of the scheming sisters in Jean Genet’s The Maids. 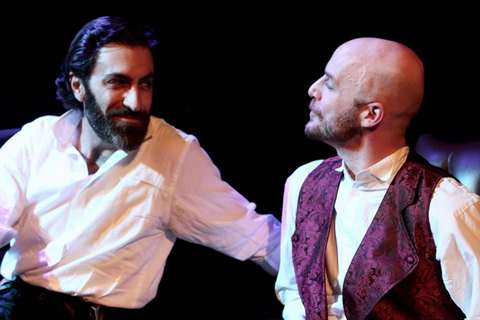 While employing a perfect brogue, her eyes flaring, facial features in perpetual motion and exhibiting physical verisimilitude, Ms. Regina’s remarkable performance as Lucy runs the gamut from hilarity to pathos. Regina’s achievements are magnified by her depicting the male characters of Harry and Grace’s potential paramour with equally impressive impact.  She is a whirlwind of tremendous talent.

Her hair worn up, her lithe body dressed in black lace and with her expressive voice, Ms. Rhodeen as Grace looks and sounds like a Wharton heroine. Rhodeen vividly conveys the angst and haughtiness of a constrained woman of that era with her glittering characterization.

“Labor” is set in the Hunter household kitchen. Lucy is peeling carrots, which gets a lot of comic mileage, for a carrot ginger soup to be distributed to the poor. “They’d rather have stew!” She is talking to Gilbert, the genial English butler who is polishing Harry’s shoes. He is in his 30’s, married with a fifth child on the way and quotes Shakespeare. This Downton Abbey-style sequence is a duologue where the limited options of the serving class is poignantly explored. 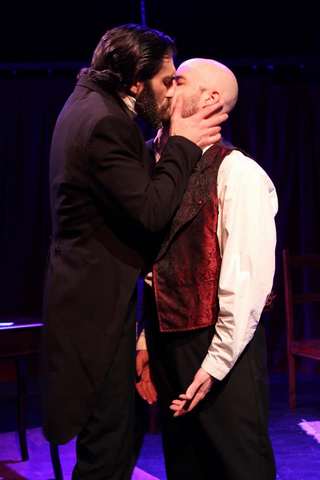 Regina continues her forceful efforts while joined by Christopher Tocco as Gilbert. Mr. Tocco combines breeziness, wistfulness and steeliness for a compelling take on the archetypal manservant role. His considerable gifts are on great display in the time shifting third act.

“Lust” concerns the revelation of the cause of Harry’s despondency: he is gay and married Grace for the sake of keeping up appearances.  He mentally unravels in his bedroom as Gilbert tries to be of assistance. Through flashbacks we learn of Harry’s tortured romance that began 20 years earlier with the laborer and wryly charming hustler Delancey Morris. Those were the names of the streets where the church his mother left him at as infant was located.

The class consciousness and clandestine nature of male same-sex assignations of that era is imparted with the authenticity found in Charles Kaiser’s monumental book The Gay Metropolis: The Landmark History of Gay Life in America.

Bearded, with flowing black hair and athletic, Tocco is dazzling as he vocally and physically switches back and forth with swift ease between the dutiful butler and the smoldering Morris who is pragmatic and passionate with palpable appeal. 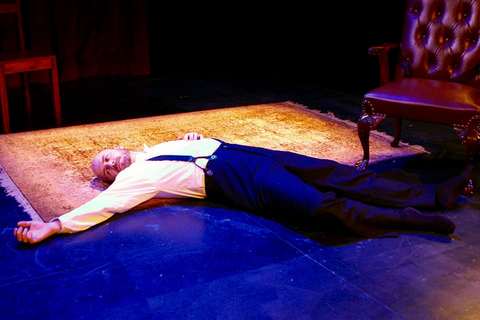 The wiry and animated Kyle Stockburger is shattering as Harry. Mr. Stockburger mines all of the humor and despair possible with his reedy voice during his portrayal that ranges from sunny youth to gloomy middle-age.

Prior to this premiere production, Leisure, Labor, Lust was developed and workshopped over four years. One of the venues it was presented at was The Mount, Wharton’s 113 acre sprawling estate in Lenox, Massachusetts.

This long and eventful gestation has been constructive as it’s an outstanding work of theater that soars on every level.