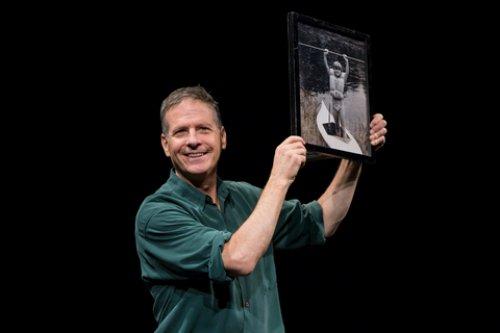 Halloween is nothing to a kid from Catholic school. Everywhere you look, it’s blood and gore and metaphor.

Overbearing nuns, eccentric priests and confusing religious tenets are detailed with stand-up comedy gusto by performer Martin Moran in recounting his Colorado Catholic upbringing during his absorbing self-written confessional solo play, The Tricky Part. Following that familiar list of targets and lively audience interaction, the main thread of the show is disclosed.

In 1972 at the age of 12, Mr. Moran was sexually molested by a 30-year-old male camp counselor. Their involvement would continue for three years. They had no contact until a confrontational reunion in 2002. A chilling aside is that many years after the incident Moran’s unaware father coincidentally relates how his own sister was assaulted by a priest after they see a Time magazine story about pedophilia amongst the clergy.

Then, I thought of something Sister Christine said all those years ago. That with the really rough things it would always come down to grace — “a gift from the beyond that moves us toward our own salvation.” 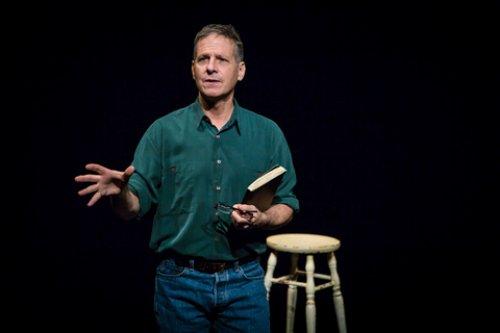 What distinguishes The Tricky Part is Moran’s fierce writing that clinically describes what happened with poetic realism. Most jolting is the meeting between him in adulthood and the predator. The culprit articulately states his warped views on the subject while Moran responds furiously and grapples with his feelings of his own misguided culpability. There is also the fascinating dimension of hearing the story from the person it happened to.

The stage is a black void and bare except for a stool and a small table with a black-framed black and white photograph. It is of the 12 year-old Moran in a kayak on a riverbank, wearing a bathing suit and a lifejacket, holding an oar above his head and smiling. It was taken just before the traumatic events and this symbolic totem is a major focal point.

Soft-spoken, wiry and affable, the mature Moran is a captivating storyteller who effortlessly switches from light-hearted to seriousness with vivid facility. Occasionally he portrays with skill other characters in passing. Employing sinister gruff vocal tones, he achieves a spooky otherworldly effect as the molester. 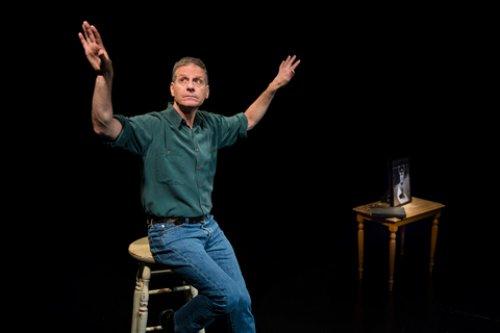 During the agonizing revelations, lighting designer Elizabeth Mak has the stage in darkness except for a dim spotlight on Moran’s face. It’s a suitably dramatic contrast from the previous subtle fluctuations of brightness. Director Seth Barrish’s staging is a finely orchestrated balance of movement, verbal pacing and basic technical elements that realizes the material with visual and emotional effectiveness.

Moran has had a successful career as an actor and The Tricky Part was originally performed Off-Broadway in 2004 where it received an Obie Award Special Citation as well as Drama Desk and Outer Critics Circle Award nominations. He rewrote the story as a memoir that was published in 2005.

The Tricky Part begins with merriment and ends in anguish and it’s all spellbinding due to Martin Moran’s polished performance, his rich writing and the accomplished presentation.