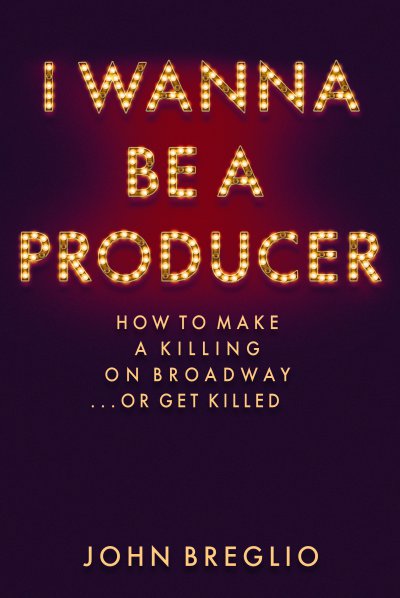 Cover art for ” I Wanna Be A Producer: How to Make a Killing on Broadway … or Get Killed”

Stemming from a very young age, John Breglio’s love of the theater has played a large part in sustaining a longstanding career in one of the toughest industries. From his days as an entertainment lawyer, to producing his own mega-hits such as the revivals of A Chorus Line and Dreamgirls, Breglio’s memories continue to bring him great joy. His new book, I Wanna Be A Producer: How to Make a Killing on Broadway … or Get Killed, is a personal account of his career journey, as well as an honest-to-goodness approach to exactly what the industry demands, and how aspiring producers can truly understand the business and pave the road to success.

TheaterScene.net had the unique opportunity to speak with Breglio about his career, what to expect from his new book, and his 2016 Tony predictions. Check out the interview below:

TheaterScene.net: Let’s start at the beginning. What exactly are the responsibilities of a Broadway producer?

The primary reason I wrote this book was for people to appreciate exactly what it is to be a producer. He or she has to be the captain of the ship in every respect – they start with the idea and then get the rights to a book. Then you have to find the writers, the composers, and the lyricists, and put them together and guide them, and then you have to raise the money, figure out where the show is going to be presented, do the marketing and advertising – – you have to really do it all. You need to have a producer who has the objectivity and the passion to see the show through from beginning to end. Someone has to make sure it all comes together and that’s the role of a producer. It becomes even more essential once a show opens – you have to continue with the marketing and advertising and work hard to keep it fresh. It’s a very complicated and difficult job and you need the knowledge and experience to have a chance at success — especially if you want to do it on Broadway.

The book is really two parts: Most of it is how do you go from the idea of a musical to opening night. This really takes you through the process of producing a musical or a play. In between all those sections, I have stories of my career and working with actors on Broadway, and clients and theaters. All of those stories really illustrate how a show is produced. There is a lot of personal content of why I became infatuated with the theater and just felt that I wanted it to be part of my life. You have to have that passion. There’s a lot of disappointment and failures in the business, but if you can make it passed that, success is possible and there’s really nothing like it.

TS: Is there a perception [of what a producer does] that you’d like to clear up?

I think a lot of people have a stereotypical view [that a producer] is some big, fat guy with a cigar, casting characters [like out of Mel Brooks’ The Producers], and that’s really not at all accurate. 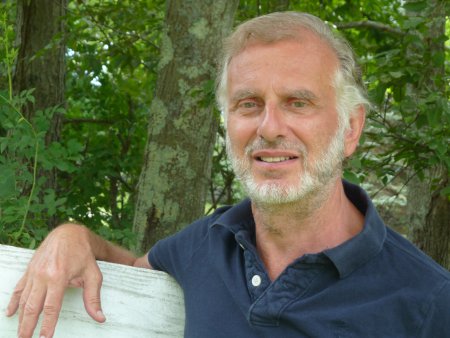 TS: How have you handled the pressures of the industry over the years?

One of the most stressful parts is “Can you raise the money? Will the production be good enough to raise the money?” With A Chorus Line, it wasn’t a problem [laughs] but securing a theater is also very difficult – there are only 41 theaters on all of Broadway. Nothing is more stressful than starting previews and determining if audiences will like the show. You’re there every night seeing whether people like it and are making changes and then when it opens you know whether or not you have a hit.

You have to be prepared for the unexpected. You can’t control the environment, what the critics will say. While you’re developing your show, as long as you are aware of what’s going on with the day-to-day, I think you can avoid many of the pitfalls. You cannot ever predict if an audience is going to like what you’ve done and that’s something no one has a formula for – it’s just not in the nature of show business.

TS: On the flip side, what has been the most joyful part of the creative process and essentially witnessing the “birth” of a show?

There’s nothing more joyful than the first full performance. In New York, we often do a gypsy run through, which means even before you sell tickets for previews, you invite all of your friends and families, as well as other actors, to come out and see the show and share in the experience. There’s also another great experience that many people don’t know – it’s called a sitzprobe – that’s the very first time the cast sings the score with the orchestra and it’s absolutely thrilling. It’s the first time everyone hears the whole production come together musically.

TS: Why did you decide that now was the right time to share your story?

I’ve been in the business for so long, and have accumulated so much knowledge that I felt an obligation to share it. I really aim to help young people understand the business of Broadway and I think this book should give them a good idea.

TS: Looking back on your career, can you point to one or two moments that stand out the most?

For me, the greatest experience I’ve had was with A Chorus Line – it’s still the most wonderful musical of all time. Also, working with Stephen Sondheim and August Wilson – these were the giants and many of the great moments that I’ll never forget. 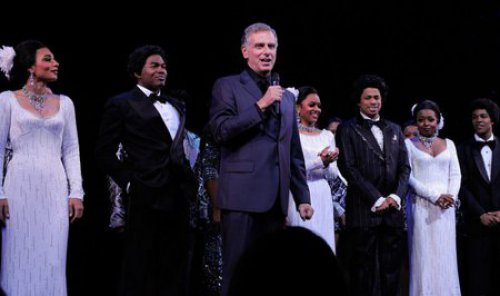 TS: Let’s talk Tony’s. How important is the awards season in regards to a show’s future?

The awards season is wonderful for the nominees because they feel they’ve been recognized. The only shows that really benefit from winning an award are the musicals – especially the ones that win “Best Musical” — that means a lot and really changes their fortunes. The nominations are very exciting, and from May to the beginning of June, when nominees are interviewed and recognized, that’s always a lot of fun.

TS: This year Hamilton leads the pack with a whopping 16 nominations. What are your predictions?

There’s no doubt that Hamilton will win the majority and I’d be very surprised if it doesn’t win best musical. It probably will win best score, the acting awards, and design awards. Best play? I think many people think that The Humans probably has the edge. The best revival of a musical will be a toss-up between She Loves Me and The Color Purple. All of the revivals are great, including Spring Awakening, but I think those two are the favorites. Best revival of a play, not completely sure, possibly The Crucible or A View from the Bridge – we shall see.

TS: Do you have a most memorable Tony Awards moment or performance that has stayed with you?

I talk about it in the book, but the year that Dreamgirls was up for best musical, it was vying with a musical called Nine, and it was one of the most aggressive fights to get to Best Musical. It was sort of this battle on Broadway [between the two contenders] and I’ve never seen so much tension in the audience that night – – it was unbelievable. I have a whole chapter on that in the book.

TS: Why do you think the world needs more theater in this day and age?

It’s just so unique. In today’s world, everything is done through a screen, but when you expose a child for the first time to live theater – their eyes pop out and it creates a lasting impression. There’s nothing that substitutes the power of a live performance. I think the more we have a culture that is so dominated by the screen, the theater becomes more and more unique and special. I think it can only get better.

For more on John Breglio and his new book, visit: http://www.iwannabeaproducer.com/

I Wanna Be A Producer: How to Make a Killing on Broadway … or Get Killed by John Breglio (Applause Theatre & Cinema Books, 2016)