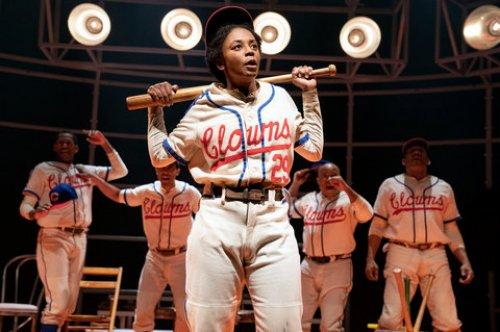 Lydia R. Diamond’s Toni Stone is a tour de force for one actress and Obie Award winner April Matthis gives a bravura performance as the first woman to play professional baseball as part of the Negro League. Although she is backed by eight men who from time to time make up the teams she was on, this is basically a one-woman show. In fact, this might have been a better play if Toni were the only character we had to follow on stage. However, director Pam MacKinnon excellently defines each character as we meet them in various combination; we just don’t know who they are most of the time.

Although hardly known today, Stone was a remarkable woman, fighting racism and sexism all throughout her career which was of very short duration. Growing up as a tomboy in St. Paul, Stone played for a number of teams until she was signed by the Indianapolis Clowns to play second base in 1953, the first woman to play professionally. She was physically assaulted on the field by white players and kidded for her apparent lack of sexuality by her black teammates. Her marriage to businessman Auralious Alberga as well as her lack of playing time ended her remarkable career. She lived and breathed baseball. 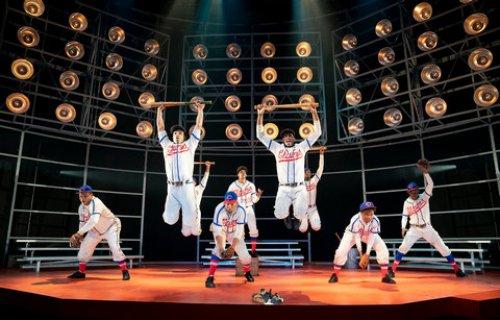 The play introduces us to Stone’s eight teammates but we never really get to know any of them. The only characters who play any real part in the story (played by two of the teammates) are her suitor, the half Jamaican businessman Auralious Alberga (Harvy Blanks), who she meets regularly in Jack’s Tavern (we assume) in St. Paul, and Millie (Kenn E. Head), a prostitute in a brothel in the southern town where the black team is made welcome to spend the night on their tours in the Jim Crow South. While Head is fine as Millie, we never are never told for certain (as the script declares) if Millie is a woman, a drag queen or a transvestite.

In fact, the play which is told as a kind of memory play entirely out of chronological order is very vague on the facts. We never know when any of these events took place, how long Toni Stone played on any team or when she was married to Alberga or retired from baseball. Other unexplained items are a reference to Hank Aaron (who a little research reveals he preceded Stone at second base position for the Indianapolis Clowns before being bought by the Boston Braves) or the fact that she played on this team only one season – although the nine baseball players wear their Indianapolis Clown uniforms throughout the play (costumes by Dede Ayite). Riccardo Hernandez’s unit set is simply made up of bleachers, frames of floodlights, and some chairs to represent the team’s bus, none of which creates atmosphere but does stay out of the way of the action.  And if you expected to learn something about the history of the Negro Baseball Leagues, this is not the play for you. 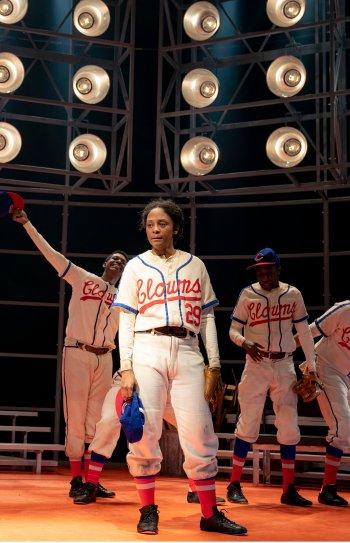 Nevertheless, Diamond’s play is worth seeing for Matthis’ performance. We do not so much feel that we are seeing a performance but meet the real Toni Stone, a woman driven by her need to play baseball, a woman without a sense of humor who took everything literally, and a woman who was always surprised by the new things that she could do as well as the things she already had.

If you have seen Matthis before in plays like the Soho Rep’s Fairview, Elevator Repair Service’s Everyone’s Fine With Virginia Woolf and Measure for Measure, or Signature Theatre’s Funnyhouse of a Negro, she is totally unrecognizable. This is acting at the highest level. Harvy Blanks is rather charming as Alberga who appears to spend years attempting to woo Stone who does not understand his interest in her. Kenn E. Head makes a strong impression as Millie, Stone’s only female confidante, who won’t talk about her own life. 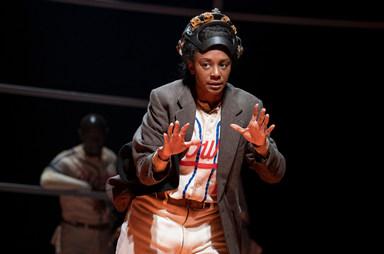 As a play, Lydia R. Diamond’s Toni Stone is both rambling and difficult to follow, unlike her Stick Fly (Broadway’s Cort Theatre in 2011) or Smart People (The Second Stage, 2016). However, as a one-woman show about the remarkable Toni Stone, this play gives April Matthis an unforgettable role which she develops into a brilliant character portrait of a truly remarkable woman.