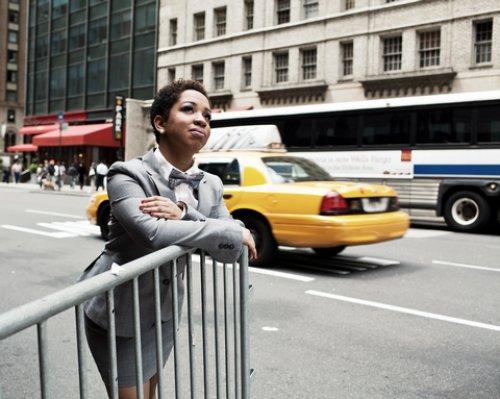 Though part of the Mostly Mozart Festival – and containing no Mozart or contemporary premieres, the usual features of Mostly Mozart – the International Contemporary Ensemble, pianist and composer Courtney Bryan and conductor Christian Reif, making his New York debut, all providing a rewarding evening of late twentieth century and current music.

Courtney Bryan’s 2012 Songs of Laughing, Smiling and Crying is a 15-minute work combining recorded music of various sorts and Bryan’s own live piano performance of her own composition. The most frequently recurring reference is Louis Armstrong’s “When You’re Smiling,” though other music, together with various found sounds, forms the ‘partner’ with which Bryan’s own music connects.

The recorded works and Bryan’s playing coexist in constantly shifting relationships: the two musics echo, anticipate, explore and explain each other. Inevitably, questions and themes about creativity itself emerge.  In what ways is new music a response to what has gone before it? Does it imitate? Does it reject and rebel? Remember and revere? Bryan’s skilled, evocative playing offered sustained and exciting insights and exhilarations. 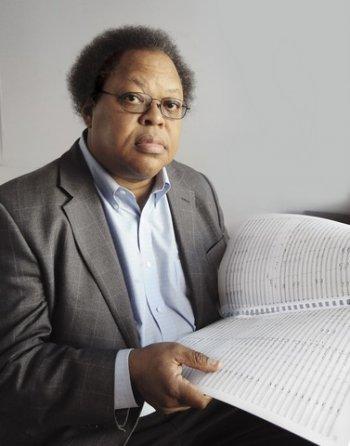 The second piece on the program was George Lewis’ Voyager, first composed in 1987 and revised this year. Performed by Peter Evans/trumpet, Joshua Rubin/clarinet, Ryan Muncy/saxophone and Cory Sythe/Yamaha Disklavier Piano, this work is a high-energy examination of interconnections among the music of live musicians and the simultaneously software-generated music of a high tech reproducing piano. Science, engineering, art and chance all meet; lines between creativity and experiment blur. This complex work, careening from exuberant abrasiveness to wistful lyricism, demands considerable technical virtuosity from its performers. The composer and the musicians received equally enthusiastic applause. 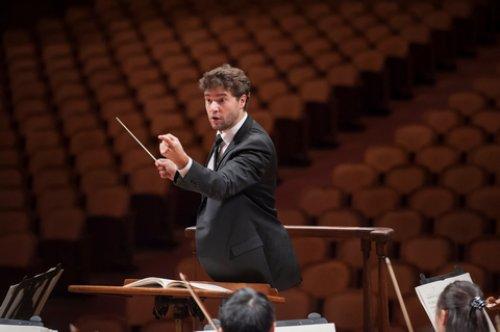 After intermission, German-born and now San Francisco based conductor Christian Reif led the International Contemporary Ensemble together with Quince Vocal Ensemble (Amanda DeBoer Bartlett/soprano, Liz Pearse/soprano and Kayleigh Butcher/mezzo-soprano – in a first-rate performance of John Adams’ 1982 Grand Pianola Music.  This expansive, generously accessible and affirming work was conducted with comprehensive control and artistic integrity by Reif; the organic, clean connection between the conductor and the musicians elicited rich feeling and nuance from Adams’ music.

This fine concert, a fine contribution to the summer-time artistic culture of New York City, represents the best of the Mostly Mozart Festival.

Running time: one and a half hours with one intermission