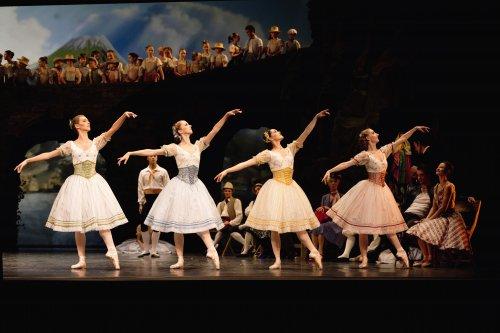 There was a time not so long ago, when one could watch ballet dancers and know within a few seconds what company they were with, so distinct were the styles and training of each of the world’s major classical ballet troupes:  the Bolshoi, the Kirov, the Royal Ballet, the New York City Ballet and, most definitely, the Royal Danish Ballet.

Now, the dancers in classical ballet companies—not to motention most modern dance troupes—have incredible technique, high extensions, perfect feet, beautiful proportions and a neutral, international quality that allows them to dance everything from Balanchine to Ashton to Petipa to Kylian, without achieving true stylishness in the performance of any of these master choreographers. (Even Britain’s Royal Ballet has lost its ability to dance Frederick Ashton’s ballets.)

The Royal Danish Ballet, in particular, was under the aegis of a 19th century artistic leader, Danish-born, French trained, August Bournonville who created a distinctly personal version of classical ballet.  His technique and the many ballets he choreographed became the raison d’être of this remarkable company even into the 1940s and 1950s when it was decided to widen the dancers’ techniques by introducing training from other countries, most particularly Russia.

Nevertheless, the artistic powers-that-be made sure that Bournonville’s work would remain the backbone of the Royal Danish Ballet repertoire and that his choreography and classes would be preserved totally intact, a decision that has led directly to The Bournonville Legacy now at The Joyce Theater, a program celebrating the vim and vigor of this genius’ take on dance. 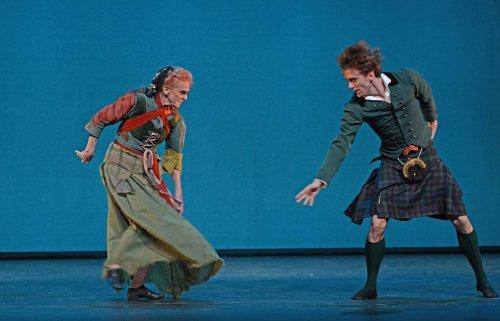 In The Bournonville Legacy thirteen members of the Royal Danish Ballet danced a sampling of his work, including excerpt from his two best-known works: the second act of La Sylphide and the “Pas de Six” and “Tarantellas” from Napoli.

The former was the least successful work of the evening, staged without any hint of scenery and with unimaginative lighting by Mårten K Axelsson who did much better with the parade of works in the second part.

La Sylphide, to a bouncy score by Severin Lǿvenskiold has survived intact since the mid-19th century.  It is a typical Romantic tragedy of a mortal man reaching for an unattainable love.  James (Ulrik Birkkjaer, handsome, smooth and personable) aches for the Sylph (the lovely, floating Ida Praetorius) but is undone by the Witch (expert character actress/dancer Sorella Englund who might have overacted a tad).

The usual corps de ballet of sylphs was contracted into just three who all danced with grace:  Astrid Elbo, Camila Ruelykke and Marina Minoiu.

Despite the lack of ambiance, the story of the Sylph being done in by the Witch, dying in James’ arms was clearly told in dance and mime. 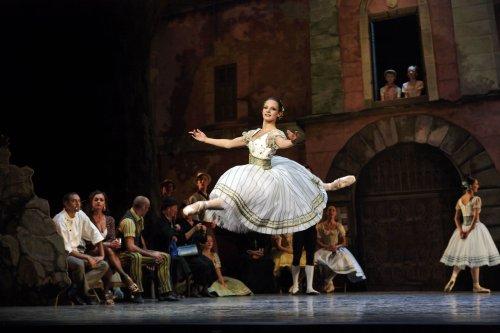 The second part of the program was a bonanza of Bournonville excerpts, danced to not particularly memorable scores, that worked well even without colorful scenery.  The beautiful, colorful costumes, arranged by Katharina Neergaard certainly helped, particularly in “The Jockey Dance” from From Siberia to Moscow danced exuberantly by Marcin Kupinski and Alexander Bozinoff dressed in brilliant red jockey duds.  The only criticism:  they might have looked less glum in their facial expressions.

The “Pas de Trois” from The King’s Volunteers on Amager opened this act with a zesty interpretation by Liam Redhead, Camila Ruelykke and Emma Riis-Kofoed who pranced, flirted and skimmed across the stage.

The sweetest number was “The Streetsinger” from Napoli, performed entirely in mime by the totally charming Tobias Praetorius in an over-size outfit that at first hid his brilliant ballet form which was on display when he joined in the energetically danced excerpts from this ballet.

Napoli is full of bouncy solos, flirty duets and friendly competition between the men.  “The Tarantella” famously ends with the men flinging themselves onto the stage, their arms reaching for their sweethearts. 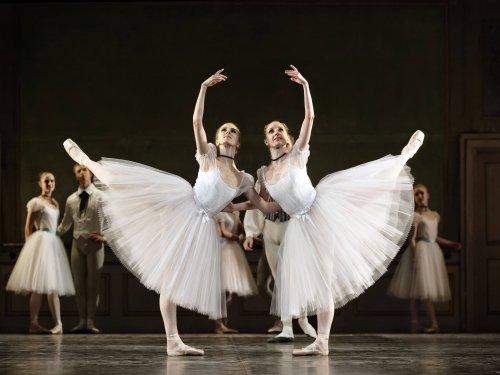 This work displayed every tenet of Bournonville’s philosophy of dance:  use of ethnic material; busy, precise leg and foot work; calm, floating arms; extensive use of very clear mime; turns and jumps erupting with seemingly little or no preparation; and a particular effortlessness found only in his work.

This is a rare chance to see the Royal Danish Ballet whose visits to New York City are rare.  Even in this chamber version the company’s personality was abundantly evident.

Members of The Royal Danish Ballet