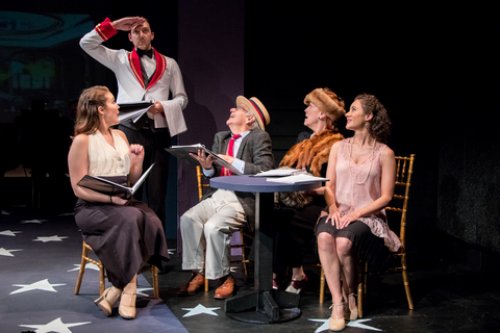 The York Theatre Company is devoting its Fall 2019 Musicals in Mufti (concert versions, book in hand) to “Celebrating Broadway’s Legendary Cole Porter.” First up is the rarely revived Fifty Million Frenchmen from 1929 which was Porter’s first bona fide hit, a musical comedy which first introduced “You Do Something to Me.” “You’ve Got That Thing,” “Let’s Step Out” (later used in the 1962 revival of Anything Goes) and “I Worship You,” “Find Me A Primitive Man,” “The Tale of the Oyster” and “I’m Unlucky at Gambling” (resurrected by Ben Bagley for his 1965 Cole Porter revue).

Still delightful, mainly due to Porter’s score, the book by Herbert Fields (who went on to write six more Porter shows) has its charms with its snappy Jazz Age dialogue which makes fun of the ugly Americans in Paris, loaded with money but making one faux pas after another while mangling the French language. The version being used by the York Theatre production is that of the 1991 Tommy Krasker/Evans Haile adaptation for the Cole Porter Centennial first performed at the French Institute/Alliance Française which reduces the cast from 100 to a manageable eleven. It also reallocates some of the songs and includes some of the songs cut both on the road and after the opening. 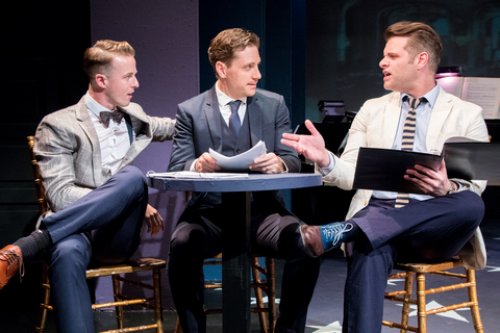 Originally subtitled a “Musical Comedy Tour of Paris,” the storyline allows us to visit the Eiffel Tower, the Arc de Triomphe, the Café de la Paix, Versailles, the Church of the Madeleine and Longchamps Race Track.  The plot revolves around a $50,000 bet: traveling to Paris, millionaire Peter Forbes falls in love with Looloo Carroll on the ship over but is too shy to speak to her. When he and his friends Billy Baxter and Michael Cummins arrive they do not believe that Peter can win Looloo without his money. Billy bets him that he cannot get engaged to her in a month ending on July 4th without his letter of credit, cash and American Express checks, and live by his wits. Peter takes the bet and has to go to work as a tour guide, a waiter and a dance host.

While he is working to support himself his friend Billy tries romancing Looloo while Michael recognized her friend Joyce as his prom date from high school. Out working as a tour guide, Peter interests a number of unattached American women including fur-buyer Violet Hildegarde and aspiring nightclub singer May De Vere but he only has eyes for Looloo who can’t understand why he is so cheap when they go out. In the meantime, Mrs. Carroll attempts to marry Looloo off to a Russian grand duke.  All works out in the end when Looloo discovers that Peter is truly sincere. 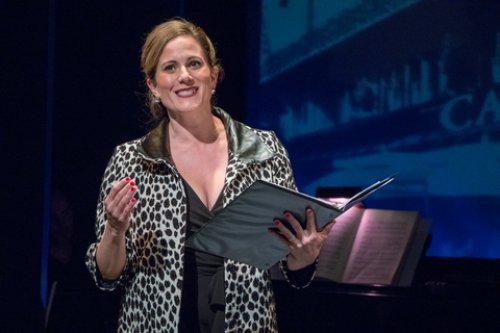 Hans Friedrichs’ production which moves swiftly along has been better with its casting of the women than the men who all seem to have weak voices, aside from being drowned out by music director Evans Haile at one of the two grand pianos being used for this production. However, the women make up for this oversight. Best is Kristy Cates as the wisecracking and cynical Violet who has the two cleverest Porter songs and makes the most of them: the suggestive “Where Would You Get Your Coat?” and “The Tale of the Oyster,” a parody of high society.

Ashley Blanchet burns up the stage as the aspiring chanteuse with “Find Me a Primitive Man” and “I’m Unlucky at Gambling (and I’m unlucky in love.”) Madeline Trumble as Looloo’s friend the sarcastic and sharp-tongued Joyce puts her own stamp on “Please Don’t Make Me Be Good” and “Let’s Step Out.” While Evy Ortiz as heroine Looloo Carroll has a lovely voice, her high soprano seems out of place for the jazz tinged Porter songs. 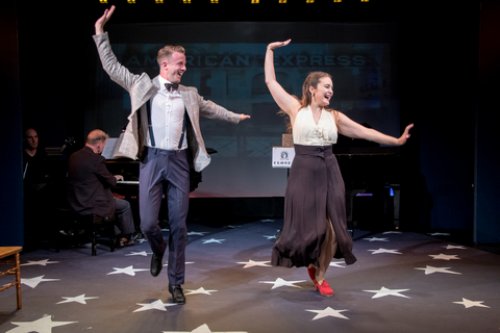 While the women are given all the best lines, the men are beset with mild, one-dimensional characterizations. Unfortunately, Andy Kelso as hero Peter Forbes is much too bland to make any impression, while Cole Burden as his “friend” Billy Baxter who holds his purse strings throughout the show comes across as a bully and a double-crosser. Their other friend Michael Cummins played by David Michael Bevis is simply the romantic type who hopelessly pursues the wrong girl.

Several of the other characters make the most of their opportunities. As the suave Frenchman Louis Pernasse, manager of the Hotel Claridge where the Carrolls are staying, Wade McCollum steals every scene he is in culminating in his rendition of the cautionary “It Isn’t Done” along with the delightful Sam Balzac, who repeatedly turns up as all the waiters in all the establishments that the characters patronize. Ray DeMattis (recently seen in the York’s revival of Enter Laughing, the Musical) and Karen Murphy as the Carrolls, the very bourgeois Americans from Terre Haute, are very amusing as a pair of ugly Americans who think their money can buy them anything.

While not all of the singing is equally impressive, choreographer Trent Kidd has added greatly to the musical numbers with his stylish dance steps for all of the duets. The three piece band made up of pianist David Hancock Turner, Dan Erben on the banjo, and music director Evans Haile on the other piano give a terrific rendition of the syncopated score, but tend to overpower the weaker singers in the small venue. Chelsie McPhilimy is responsible for the vintage footage of early 20th century Paris which backs the show and gives it an air of verisimilitude. The uncredited costumes give all of the actors a very chic look.

Cole Porter’s Fifty Million Frenchmen is the sort of old-fashioned musical comedy that no one writes anymore in which the plot seems simply a device for a great many witty and clever songs. However, even after all these years the show is both entertaining and smart and offers a pleasant evening in the theater. Another plus is that it features a great many top-drawer Cole Porter songs that will be unfamiliar to most theatergoers.