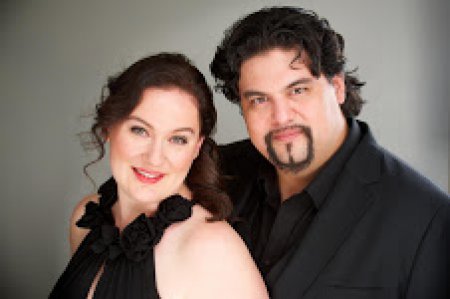 Classical Music is a highly exclusive and competitive industry. Associated with long and rigorous rehearsals, sky high expectations, and a very coveted pool of talent, it is an easy observation to say that this is not the industry for the faint of heart.

This is a major theme within the new opera Clara (music by Victoria Bond; libretto by Barbara Zinn Krieger), which tells the story of Clara Schumann (sung by soprano Meredith Mecum). A child prodigy or “Wunderkind,” as she is referred to in the show, Clara is groomed from a very young age to become a successful pianist. Spanning childhood life through marriage, Clara is a harsh and unapologetic look at the life of a girl who, whether it be for her own good or the opposite, spent the majority of her adolescent life manipulated and controlled by her Father, Friedrich Wieck (Robert Osborne). Given little choice in any matter warranting a decision, the demands and expectations placed upon Clara seem to build with every single swell of music.

As Clara approaches adulthood, romance becomes a major conflict of interest between the dictatorial style of Clara’s father, and her own desires of passion for a life built on more than just her career. Meet Robert Schumann (Benjamin Bloomfield), the once childhood friend of Clara’s turned love of her life. Robert serves to fill the void in Clara left behind by a life thus far filled with nothing but hard work, career aspirations, and a broken home. By age twelve, Clara’s parents were already separated. One can see that all her life, Clara wanted nothing more than to be emotionally nourished. She wanted someone to view her as more than an “instrument,” the short-sighted view her father seems to have of his daughter in every regard. Almost as a way to justify his own failure in providing a stable family for Clara, Osborne as her father is unstoppably committed to his daughter’s success. As a counter to Mecum’s soaring soprano, Osborne provides a deep and robust baritone timbre which is dark and resounding as he commands his daughter in likeness of a drill sergeant.

Near the beginning of Robert and Clara’s romance, Robert is the exact opposite of the father. Equally driven and prodigious, Robert is undeniably committed to his music and career, but not at the expense of his love and passion for Clara. Bloomfield as Schumann is manic and wild, a clear difference from the contained and postured appearance of Clara’s father. If Robert, in his budding romance with Clara, were at a time representative of the beautiful chaos of a new romance, Father Wieck is responsible for the dark transition which leads to Robert’s downward spiral.

With Clara by his side, Robert is a man filled with purpose and passion; a man at his best: he is writing all the time, and his music is flowing onto the page endlessly. Unfortunately, this perfect balance is short-lived. When Robert decides to ask for Clara’s hand in marriage, things take a turn for the worst. As if it weren’t enough to just withhold his blessing, Clara’s father is devoured by rage and swears that he will never approve of their marriage. Adding insult to injury, Father Weick gives Clara the worst kind of ultimatum: either Clara can listen to her father and leave Robert behind, or he will never speak to her again. Fuel to the flame, her father goes as far as wielding suicide as his last deadly threat to get his way. 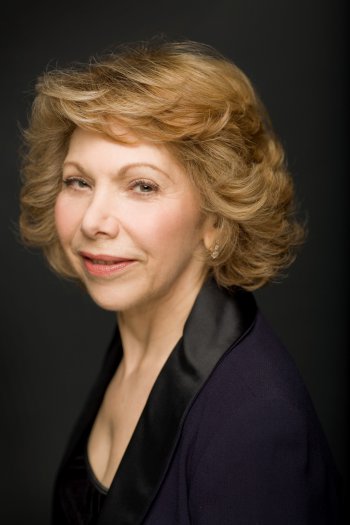 On the evening of this performance under review, the audience was treated to a rare surprise: Victoria Bond, writer of the music, was not only present but was also the conductor for the evening. The Gramercy Trio, under Bond’s musical direction, skillfully maneuvered through the score. Filled with atonal and complex orchestrations, Bond’s music strikes a fine balance between some very vibrant and cheery melodies followed by quite a few haunting and more chaotic progressions which coincide with the show’s climax.

The libretto by writer and director Barbara Zinn Krieger is one chock full of juxtaposition, pitting authority and leadership against freedom and expression. This dichotomy is effective and certainly resonates, but at times the plot advances so quickly that the story seems rushed and noticeably tangential, with some characters doing nary a thing to further the plot. Fortunately, Clara is a grounded and empathetic protagonist with desires that are found in the mind of many a person on this planet, for it is human nature to wish to be in control of one’s own fate. Thanks to these humanistic flaws/traits, Clara’s struggles and frustrations are relatable and understandable.

Despite this well-built character, the storytelling was significantly different between the first and second acts: the first has a very straightforward premise which features only a number of characters. The second act, muddled with unnecessary interaction, has a diluted story and lacks the concise focus that drives the former. More importantly, these issues weakened the message at the core of the piece, and what could have been a powerful and streamlined idea by the end felt more a wash.

Staged as a workshop, the evening was presented with minimal production value. The actors and actresses wore simple black garments or evening attire, the set was the accompanying grand piano and a few chairs, and the only lighting cues were blackouts signaling change of scene or intermission. Though minimal, it was refreshing to see something stripped down to the essentials.

A workshop is a sacred, cherished environment, an opportunity for the creative team to see their project leap off the page for the first time, and to find out the things that either do, or don’t, work. In the places where Clara may fall short of the mark, these shortcomings are overshadowed by the truly ideological and humanitarian questions presented. With some streamlining of the story and clarity behind the central message, Clara has the potential to become a powerful story about a woman who seeks control of her own fate. If that’s the case, then this is no longer just a story about a woman, but a study of mankind’s search for a purpose.

Running time: one hour and 45 minutes, including one intermission