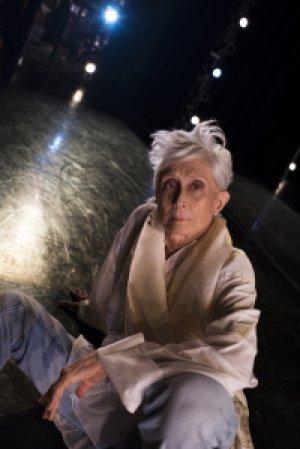 “The more things change, the more they stay the same,” goes the old French proverb.  That describes the Twyla Tharp Dance program at the Joyce Theater where the troupe is dancing two Tharp works from the Seventies, a quick, quirky lecture demonstration and a world premiere.

The older works displayed the same choreographic idiosyncrasies as the new one:  arbitrary, but musical movement patterns; classical ballet vocabulary inserted at regular intervals; a total lack of deep emotion or any deep relationships; the use of shtick bordering on the slapstick; literal gestures and glances that break the fourth wall; and a dependence on musical scores to supply substance to her choreography.

Back in the Sixties, when Tharp began her explorations into dance, she was concerned with solving self-imposed intellectual conundrums, often without benefit of musical accompaniment.  When music entered the creative equation it provided yet another problem to overcome.  She developed an eccentric movement vocabulary that—like Martha Graham’s—flowed from own physiognomy:  loping walks, pumping elbows, loose swinging hips and lots of angular partnering.  Sometimes this style worked well such as in the young-at-heart “Deuce Coupe” (1973); the funny “Push Comes to Shove” (1976), at least when danced by Mikhail Baryshnikov; the slick “Sinatra Suite” (1983); and, my favorite, “Sweet Fields” (1996).

None of the works on the current program at the Joyce, which featured a chamber-sized group of performers, came up to the enjoyment level of those mentioned above.

“The Raggedy Dances” from 1972, set to an odd combination of Scott Joplin’s ragtime—hence the “raggedy” of the title—Charles Roberts, William Bolcom and even a Mozart theme and variations performed live by pianist Mayumi Tsuchida, opened the program. 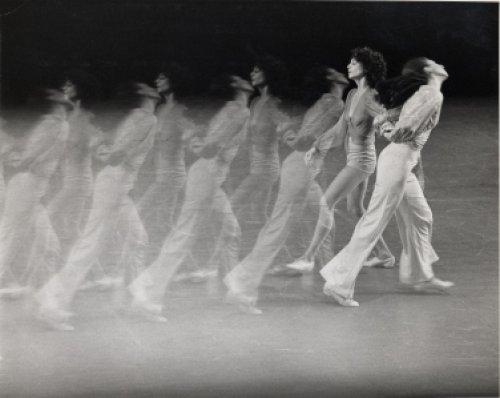 Jaunty is the best word to describe “The Raggedy Dances,” a series of duets, interrupted by a solo or two and group dances that broke off into kitschy duets that each had a central gimmick, such as a couple exiting stage right only to re-enter stage left, over and over again.  The mood was light and the dancing smooth, if not exciting.

The costumes for the first dance and, indeed, all three ballets, were designed by Santo Loquasto (also a longtime artistic associate of Paul Taylor with whom Tharp danced early in her career).  Each of the five dancers were given their own look, from a long dress to casual shirt and pants.

“The Fugue” (1970), performed in silence, was the best constructed work on the program.  It was less a fugue than a series of canons of movement passed among compact, dynamic Kara Chan, James Dean-lookalike Reed Tankersley and tall, almost languid Kaitlyn Gilliland who cued each other with stomps, thigh slaps and counting out loud.  It was pure form and enjoyable as such.

In the “Entr’acte,” Tharp appeared to grab dancers as they meandered onto the stage in practice outfits, leading them into little bits of choreography, mostly featuring herself being hoisted in oddball positions.

The final work, the world premiere was “Dylan Love Songs,” obviously danced to Bob Dylan songs. Tharp seemed to be trying from some mysterious mood with a central character covered head to toe in a long coat, a large, floppy hat and layers of clothing.  He shambled about like a dark angel as the others danced to the songs.  Here Tharp interrupted literal gestural phrases with classical ballet poses, pirouettes and jumps which always stood out as show-offy and out of place.  Again, shtick overwhelmed any suggestion of emotion, romance or human warmth.

The brilliant lighting throughout was by lighting master Jennifer Tipton.