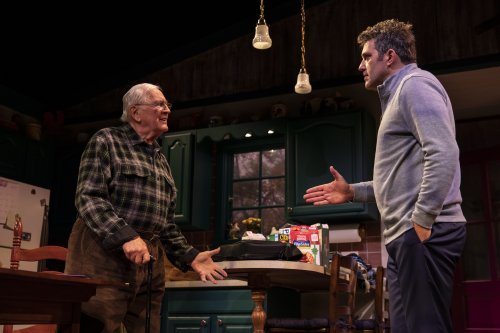 No frosted cereals. No sugar on my cereal. No real milk in my cereal. No cereals with more than 120 milligrams of sodium. I said, ‘You and your whacked nutrition charts can get the hell out of here.’ She was a cereal killer.

It’s been over 40 years since Len Cariou created his monumental Tony Award-winning title part in the original production of Sweeney Todd. A Little Night Music and Applause are the other celebrated 1970’s Broadway musicals which memorably showcased Mr. Cariou’s powerful vocal abilities and starry presence. King Lear, Prospero and Iago are a few of the great Shakespearean roles he has tackled regionally and in his native Canada.

A man should come home from his job proud of the day he’s put in. Proud of the dirt and sweat from his labors. Charlie expects a round of applause if his soufflés don’t collapse. 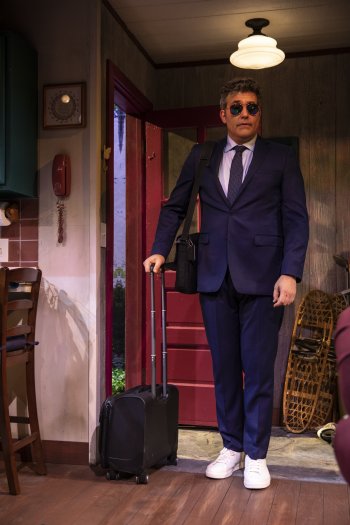 Former teacher, San Diego real estate broker and divorcee Alan Townsend arrives at the home of his retired and ailing father Harry to convince him to go into a nearby assisted living facility. Alan’s twin sister Sarah has been Harry’s daily caregiver but has grown weary of having to deal with their father’s increasing degeneration and wants to move away with her chef husband. Eastman charts this all out with theatrical élan.

As the nearly 85-year-old decrepit widower living alone in his rustic Vermont house, Cariou is splendid shuffling around with a cane, delivering often bawdy comic dialogue with his booming voice that lands every laugh as his eyes twinkle. Then there are his thunderous tirades as he battles to maintain his dignity. This is a grand opportunity to experience a vivid stage performance by this legend who evokes the universes of Neil Simon and Eugene O’Neill at the same time.

Risk always hardens a boner, my son. Write that down… Your mother loved shopping and I loved sex. It was a perfect afternoon. Your generation doesn’t understand that. If it’s not on the screen of your hand-job, it doesn’t happen… I was a dirty old man when I was eleven…

Adding a poignant dimension to the production is that the 80-year-old  Cariou at the performance under review about a quarter of the time obviously grasped for his lines. There were brief pauses, stumbling over words and then the line was delivered with joyous force. As he is playing a character in declining physical and mental health, these glitches were not distracting and enhanced his portrayal with aching realism. Aiding Cariou with patience, encouraging stares, jumping in and feeding a word here and there was the charismatic Craig Bierko who plays his son. This palpable bond among performers further magnified their already strong simulated familial connection. 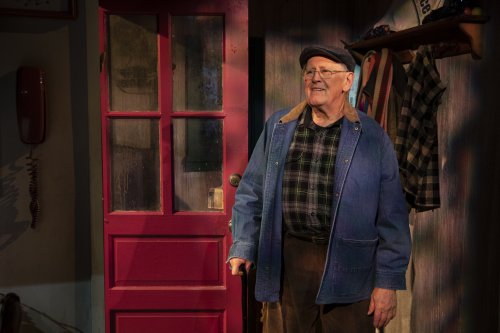 Nearly 20 years after his triumphant Tony Award-nominated turn in the last Broadway revival of The Music Man, Mr. Bierko is now deep in middle-age but has retained his youthful animation and magnetic presence. With his hangdog facial expressions, melodious cadences and simultaneously comedic and dramatic intensity, Bierko achieves a rich characterization as the sympathetic son pragmatically dealing with unpleasant realities.

Not going gentle into that good night is a perennial and relatable subject of dramatic literature and Harry Townsend’s Last Stand offers a well-presented take on it.