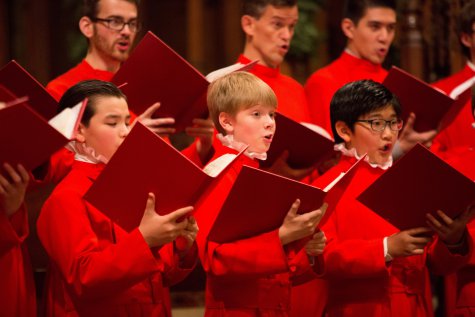 Welcoming the large audience to the gracious sacred space of St. Thomas Church Fifth Avenue, the Reverend Canon Carl F. Turner promised a season of choral music centered on the theme of creation; the opening concert fittingly featured Haydn’s wonderful Creation and marked the first concert of Daniel Hyde’s first full season as the new Nancy B. and John B. Hoffman Organist and Director of Music. It was a splendidly auspicious event; happiness abounded.

From the very first opening bars of the Chaos overture, Hyde set the tone for the evening: conducting with gentlemanly authoritativeness, Hyde led the Orchestra of St. Luke’s – who were all in exceptionally fine form – in a performance of expansive energy and optimism. Theologically, God’s working material for his creation may have been unfathomably chaotic and formless, but in this particular artistic account of creation, Haydn’s description of chaos is so informed by elegance, wit and bravura that the primordial chaos seems to have been imbued with goodness.

The angels Uriel, sung by tenor Thomas Cooley, and Raphael, sung by bass Craig Phillips, made their recitative announcements and aria commentaries about each new stage of creation with the thrill of eyewitness reporters telling astonishing stories; in their accounts, veracity and awe were mixed in equal proportions. 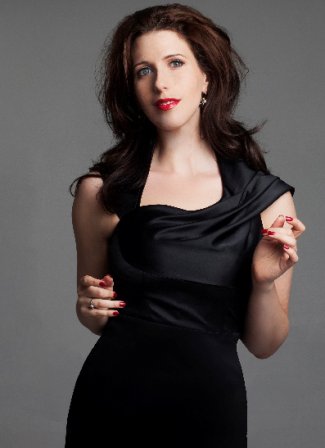 Soprano Ellie Dehn, as Gabriel, sang music with such lush loveliness in her expositions of cosmic hierarchies, of plants, seeds and fruits, and then of flying creatures that she was both story teller and creation itself. Dehn’s rendering of the famous bird catalog On mighty pens uplifted was marvelous: imagined angel, this twenty-first century singer, seemed herself transported in delight at the evocation of birds’ trills, twitters and cooing.

From the beginning, the St. Thomas Choir of Men and Boys was superb. The choir seems particularly well-balanced this fall and the newest, littlest trebles, even if somewhat overawed by St. Thomas, the audience, the lights, the intensity of performance – and, of course, Hyde and Haydn – were ably supported by their  more experienced older treble colleagues. The youngsters’ diction was especially clear, matching the adults’.

In the second half, when bass-Raphael became Adam and soprano-Gabriel became Eve, the Bible’s first love story played out with vibrant, unabashed joy and adoration: the love between the first man and the first woman was the first replication of God’s paradigmatic love for his creation. Dehn and Phillips did not sing their love with any flirtation or game-playing: they sang instead, with intimate full-heartedness, holding nothing back from each other, and mutually grateful for God’s blessing. 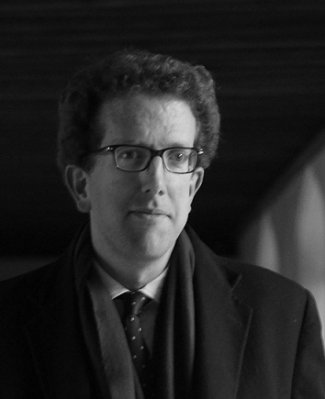 All three soloists have big, flexible voices; their nuanced musicianship and Hyde’s organic conducting style, reflective of respect for both the score and for the soloists’ presentation of it, made for duets and trios of tremendous range and depth.

The chorus, too, demonstrated reliable control of the demands of Haydn’s writing: their pianissimos were delicate and their fortissimos, earth shaking. Entrances and exits were precise; in even the most complex passages for several parts and sections, individual melodic lines were clear and rhythms coherent. Some of the choruses – the concluding choruses of Part I and Part II, for instance, both songs about singing about joy – were ravishing.

The St. Thomas Choir of Men and Boys represents the very best of Anglican-American music making; there are few choirs its equal here or in England. A work like Haydn’s Creation is second nature to a choir like this; with experienced musicians, choristers and well-picked soloists, it might seem like a good performance of the familiar, brilliantly joyful music would be almost inevitable. But it’s not. Meticulous discipline – specialized training and extensive practice, the careful development of intellectual clarity, the unsentimental nurturing of respect for a very particular musical heritage – is critical. The St. Thomas Choir is so shaped by this discipline that the choristers’ skills transcend mere accuracy and take up residence in expressivity and meaning.

This fine performance highlighted one of the richest paradoxes of Haydn’s Creation. Before God made the world, there was formlessness; it was massive and uncontainable. In one sense, God’s process of shaping his creatures and his creation was a kind of containment. Yet the Biblical texts and Milton’s poetry present astonishment and joy so limitless that they can’t be contained: words and music seem almost to leap and fly. Without any trace of treacly cliché, this performance offered Haydn’s joy to the audience. What a wonderful beginning for a new season, a new music director and, especially, the young boys whose first major concert this was.

An authoritative, joyful and quintessentially Anglican-American performance of a familiar classical choral work.