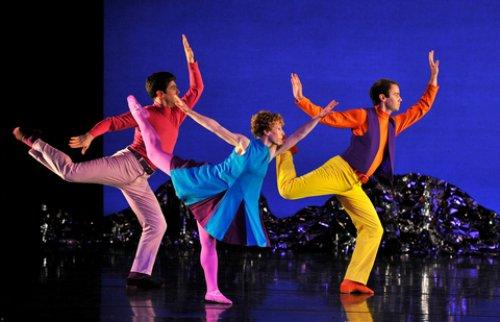 Mark Morris’ Pepperland, choreographed in 2017 for a “Sgt. Pepper at 50 Festival” in Liverpool, will probably be another hit for him and his troupe, the Mark Morris Dance Group, along the lines of the The Hard Nut, his witty version of The Nutcracker, a perennial favorite.

Pepperland, however, will not do anything for Morris’ reputation as a choreographer.  His dearth of choreographic invention—including constant repetition of a few steps, gestures and partnering tricks—was hidden behind colorful period costumes (Elizabeth Kurtzman), an odd set consisting of piles of reflective ribbons (Johan Henckens), inspired lighting (Nick Kolin) and fantastic arrangements of songs from the Beatles’ landmark 1967 Sgt. Pepper’s Lonely Hearts Club Band album (Ethan Iverson).  There’s something to be said for simplicity, but if it were not for the other elements Pepperland would not hold up to some of his other ingenious masterpieces like Grand Duo, Dido and Aeneas and his superb L’Allegro, Il Penseroso ed il Moderato.

Morris displayed his usual musicality, sense of humor and a command of the oddball.  His dancers were in tiptop form:  deft, harmonious, personable and quietly virtuosic; they made Morris’ choreography look more substantial than it was. 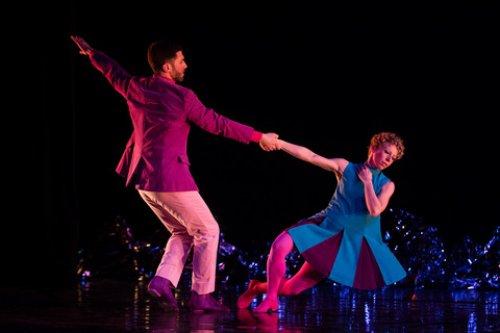 Pepperland tries to capture the lighter, groovy side of life in the Sixties—the colors, sexual freedom and ambivalence—and that era’s danceable music, here delivered in thirteen sections all staged to Iverson’s clever, sometimes moving, sometimes witty, variations on the Beatles’ songs, veering between art song and pop.  Several sections featured the Theremin, an electronic instrument that produces eerie sounds.

Beginning with a long chord, the kind which memorably ended the original Beatles’ album, the mood quickly morphed from slightly sinister, the dancers clustered in a tight circle, to effervescent as they burst out into spirals and lines of lightly jumping, colorfully attired performers passing back and forth across the stage to the album’s title song.

In “With a Little Help From My Friends” the dancers entered the stage in a diagonal that soon broke up into perky little jetés that looked suspiciously like the jumps in the first section.  “When I’m Sixty-Four” took the form of a kick line that ended with the gender-forward gesture of a lovely female dancer tossing a male dancer over her shoulder and hauling him off. 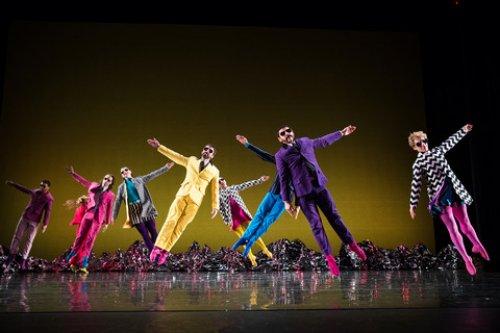 A wordless adagio danced by opposite and same-sex couples was punctuated by women being lifted repeatedly back and forth across the stage.  In the sad “A Day in the Life” and the sweetly upbeat “Penny Lane,” Morris used mimelike gestures such as hair combing and driving.

The work came together in a conclusion that repeated the title song and the cast burst into the opening choreography before quieting down as the lights faded.

Morris did create a jaunty sense of community and a breezy entertainment which is all he probably wanted to do.  The combination of all the elements made for a pleasant hour of forgetting the outside world.