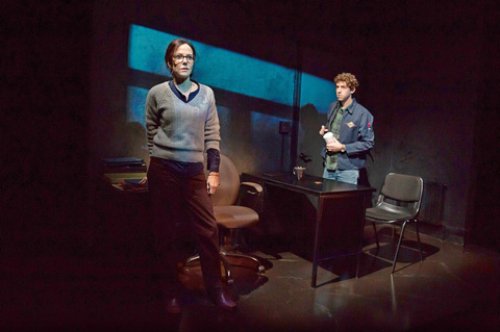 Mary-Louise Parker and Will Hockman in a scene from Adam Rapp’s “The Sound inside” at Studio 54 (Photo credit: Jeremy Daniel)

On Broadway every once in a while writing, acting, directing and the technical production come together to profound, memorable effect.  Adam Rapp’s The Sound Inside at Studio 54 is a superb example of this phenomenon.  Originally staged at the Williamstown Theater Festival, the move to Broadway, and a much larger theater, works incredibly well.

The moving story of Bella, a fifty-something Yale University writing professor (Mary-Louise Parker, returning in triumph to Broadway) and her fateful friendship with her student Christopher (Will Hochman, making a sensational Broadway debut) unfolds under the watchful eye of director David Cromer.

Bella speaks directly to the audience like a one-person Greek chorus, relating the sad unraveling of both their lives while also commenting on their fates.

It begins when Christopher barges into her office wearing his youthful outrage on his sleeve.  He wants her to read his incomplete manuscript of a strange, moody novel, asking for her comments and guidance. 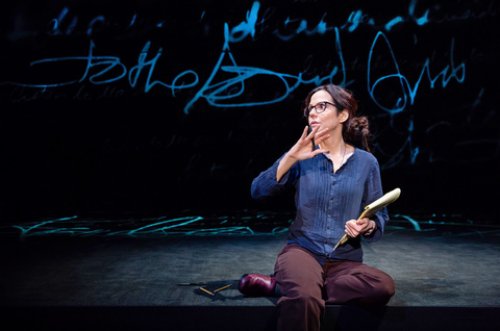 Mary-Louise Parker in a scene from Adam Rapp’s “The Sound inside” at Studio 54 (Photo credit: Jeremy Daniel)

Finally, they clash in a plot climax, actually, two, that joins their lives forever, which in The Sound Inside is not a very long time.

Perhaps, just perhaps, though, the entire play is a product of Bella’s fertile writer’s imagination?  She did spend a great deal of the play writing in a notebook.  What was she so studiously writing in that notebook?  Was she imagining the entire encounter?  The audience must decide.

Both actors are splendid, their developing relationship shaped beautifully in their speech, body language and stillness. 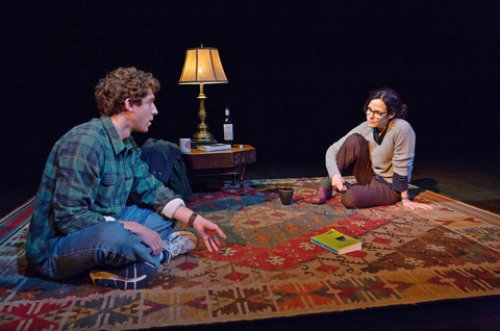 Will Hockman and Mary-Louise Parker in a scene from Adam Rapp’s “The Sound inside” at Studio 54 (Photo credit: Jeremy Daniel)

Whatever interpretation The Sound Inside evokes, it is exciting theater, the kind that comes along maybe once in a season or two.

Surprisingly, this is the first Adam Rapp play to reach Broadway after a stream of fine work off-Broadway and beyond.  His Red Light Winter was a Pulitzer Prize finalist.  Hopefully, more of his well-crafted dramas will find their way to Broadway.