Presented by Five Boroughs Music Festival, Boston-based Lorelei Ensemble offered a concert of twenty-first century American and fifteenth century music that was dazzling. Founded in 2007 and “committed to the expansion of the repertoire for women’s voices,” Lorelei performs medieval and early modern works in addition to commissioning new works. Lorelei’s stated mission is, on its surface, typical of the many first-rate professional chamber choral groups around the country that are testament to the vitality of American contemporary classical music, but Lorelei’s particular sound – and the aesthetic principles that shape it – set the ensemble apart from others.

Emanating from an intersected space of elegant discipline and powerful virtuosity, Lorelei’s vocal tone is remarkable. Nine women’s voices, made into one, become brilliant: their clarity is not that of glass, but of crystal. With both intellectual precision and artistic intuition, the ensemble reimagines what the voice can do, both building from the most basic possible sounds and presupposing centuries of complex, difficult vocal techniques.  Lorelei’s members – Beth Willer/alto and Artistic Director, Sarah Brailey/soprano, Sarah Moyer/soprano, Meg Dudley/soprano, Sophie Michaux/mezzo-soprano, Christina English/mezzo-soprano, Clare McNamara/mezzo-soprano, Stephanie Kacoyanis/alto, and Emily Marvosh/alto – are marvelous. 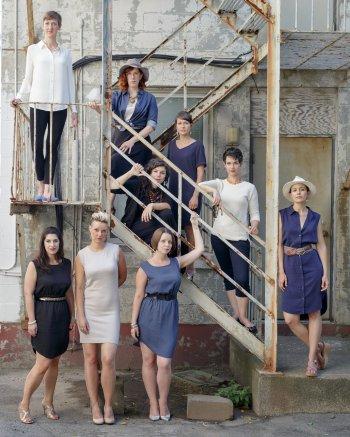 This chronological combining provides the subject of many of the works commissioned by Lorelei recently and featured in this concert. Joshua Bornfield’s 2014 Reconstruction, of which Lorelei performed three movements – Crowns (Mercy Seat), Wrath (Battle Hymn of the Republic/John Brown’s Body) and Brother, Sister, Mourner (Amazing Grace) – is an adaptation of mid-nineteenth century Sacred Revival and Sacred Harp songs. Joshua Shank’s 2014 Saro is an adaptation of an early modern English folk-song, transplanted to the early twentieth century Appalachian Mountains. Adam Jacob Simon’s Joys Above His Power (2017) resets an Isaac Watts hymn and Moira Smiley’s Utopia (2017) is based on an eighteenth century Joseph Swain poem. In all of these works, Lorelei uses the various composers’ historical reimaginings to explore invention and reinvention, creation and recreation:  they recall the nineteenth century, they present the twenty-first, and they create a work of art in front of one’s very eyes.

Part of the excitement of Lorelei’s performing is that they succeed in making every piece sound absolutely new: in this performance, the works of Guillaume du Fay (1397-1474) sounded as though they were written this year … without losing a detail of historical accuracy … but without a burden of academic appendices.

Equally exciting is Lorelei’s celebration of each of the ensemble’s individual voices. Peter Gilbert’s Tsukimi (Moon Viewing), commissioned by Lorelei and premiered in 2013, offers each of the nine singers a solo moment within the context of a complex choral work: a subtle Heian dynasty text celebrating anthropological and mythological reverence for the moon provides a splendid vehicle for the examination of each woman’s unique voice and gifts. 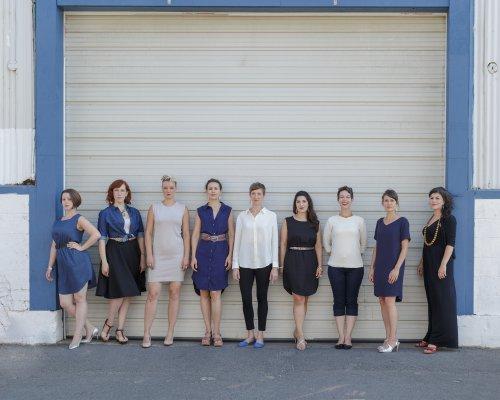 The concert ended with Shawn Kirchner’s Rose/Riddle/Rainbow, commissioned, like many of the works on this program, for the celebration of Lorelei Ensemble’s decade anniversary. Writing for Lorelei’s distinctive light-shot vocal clarity, Shawn’s score calls up poignant sweetness, dense urgency, wisdom-weary blues and imaginative energy by turns.

With unerring savvy for finding the right composers with whom to collaborate, these Lorelei Ensemble singers do indeed have “rainbows wrapped around” their shoulders. New York City is lucky that the Five Boroughs Music Festival brought Lorelei down to us from Boston.

Church of St. Luke in the Fields, 487 Hudson Street, in Manhattan