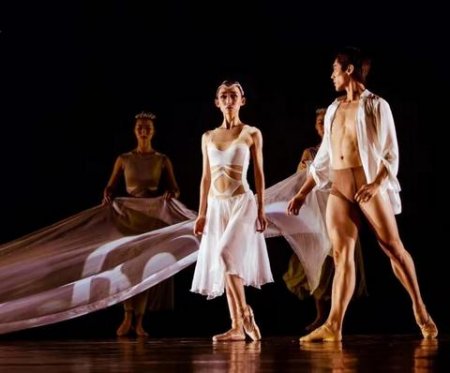 Take away the Guangzhou Ballet of China’s brilliant production elements—colorful costumes by Anne Armit, audacious scenic design by Han Jiang and mood-enhancing lighting by Chen Xiaji—and what is left is a decent but not world-class ballet troupe (Zou Gang, Artistic Director).

The former was a run-of-the-mill ballet weighed down by fuzzily pretentious program notes.  Three characters—Yi Ren (Fang Afang), Lian Jun (Huang Baimao) and Ruo Shui (Ma Minghao)—led the corps de ballet in several merry chases that involved processions, movements rolling down lines of dancers, non-romantic encounters and show-off solos by the male contingent, all ending in a pretty arrangement of the dancers across the Koch stage with one of the characters held imposingly high as if overlooking her kingdom. 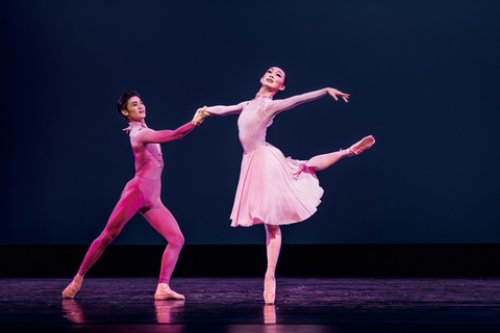 Somehow Jiang Qi missed the entire thrust of Carmina Burana, whose texts are teeming with ribald sexual innuendo, and turned it into a ballet about spiritual salvation with a cast of artificial characters shoehorned into the very familiar score (which has been used for choreography many, many times over the decades).

In Jiang’s interpretation of this still-stirring score—a recording—a love affair between Helena (Zhou Yu) and Bolanzifaluo (Kou Zuquan) which began in “The Spring” went awry when Helena ran off to enjoy life.  This led eventually to the two sacrificing themselves, but not until they are confronted by Kety (Huang Ping) and Crace (Zhang Weiwei) in a change-partners-and-dance-with-me scene at “The Tavern.”  Finally, in “Destiny” at least according to the program notes, it all led to the earth dying and drying up.  Finally, the two main leads committed suicide and hope was reborn.

The trouble is that Jiang, even helped by the ever-changing scenery, projections and costumes, failed to communicate any of this in his steps.  The closest he got to expressing real emotion was the dejection shown by the two lovers when they cheated on each other.  He efficiently managed the corps de ballet, but the soloists and their confrontations were awkward and artificial. 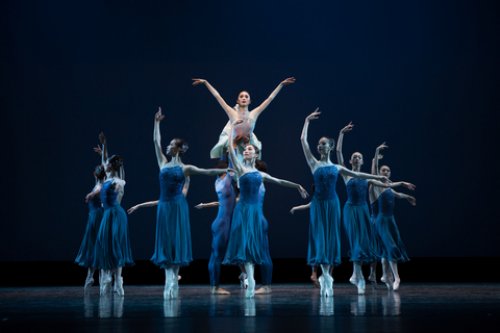 The Guangzhou dancers were more than competent, duly performing the choreography with precision if not passion.  They seemed to put all their efforts into dancing the steps as well as they could, like exceptionally lovely beings, but without adding any individuality, emotion or style.  This was generically well-danced ballet that—hindered by clichéd choreography—generated excitement on the most superficial level.

One last observation:   It would have been a good idea if someone familiar with English had edited the program notes which were almost totally unintelligible.