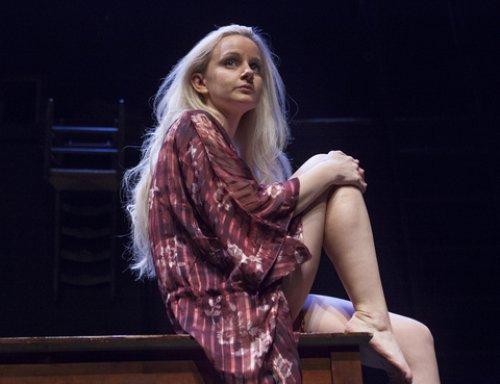 “Swearing and foul language in the text should be spoken naturally and without emphasis – it is a feature of the character’s speech.” That is from Swedish playwright Lisa Langseth’s stage directions for her monologue Beloved, and it sure is accurate. “Fucking” is used matter of factly as an adjective countless times and there’s plenty of graphic sex talk and a clothed recreation of intercourse as well.

Twenty-three-year-old Katarina is a feisty young working class Swedish woman who labors in a mall food court and lives with her uninspiring boyfriend. Yearning for more out of life she turns to books, and Roland Barthes, Max Frisch, Primo Levi and Spinoza enter her consciousness. So has music as she becomes an admirer of opera, Maria Callas and Rachmaninoff.

This intensifies when she gets a job as a receptionist at a concert hall. Soon she’s having a passionate affair with the charismatic orchestra conductor Adam. He is in his 30’s, married with a child and has extraordinary genitalia. For opportunism and for appearance’s sake as he is not leaving his family, he installs Katarina in a remote rural cottage where the play takes place.

Translated into English from the Swedish by Charlotte Barslund, Ms. Langseth’s trite sexual obsession scenario is reminiscent of the novels of Patricia Highsmith and the French thriller films of Claude Chabrol. Langseth lays on sociological concerns to give the work more cultural heft. There are bromides about the class system and rebelling against the patriarchy. 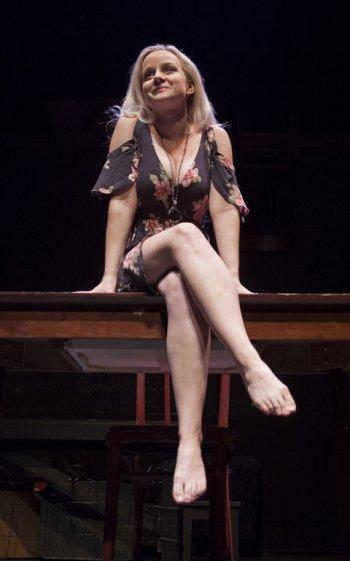 As a solo play, it’s a straightforward memory piece that has some film noir twists such as getting away with murder but is not very compelling. A young woman’s tryst with a celebrated unavailable older man is a perennial situation and the writing and this production do not offer much in the way of a fresh or an impressive spin. (See Ingrid Bergman in Intermezzo and its many sequel.)

The 2004 Swedish stage premiere starred Noomi Rapace, known for her portrayal of Lisbeth Salander in the film adaptations of novelist Stieg Larsson’s Millennium trilogy that began with The Girl with the Dragon Tattoo. In 2009 Langseth directed a film version of her play titled Pure that featured The Danish Girl’s Oscar-winner Alicia Vikander.

Here, the Swedish-born and New York City-based performer  Ellinor DiLorenzo portrays Katarina. The blonde and animated Ms. DiLorenzo employs a slight Scandinavian accent, is quite engaging and holds attention for 75-minutes. It’s a strong performance exhibiting a range of emotion in routine material.

Director Kathy Curtiss’ staging of the bulk of the piece is smooth and varied. However, the prologue taking place with the house lights on as the silent Katarina is loudly packing a suitcase, hurling books and climbing a ladder up to a ramp is a pointless distraction. 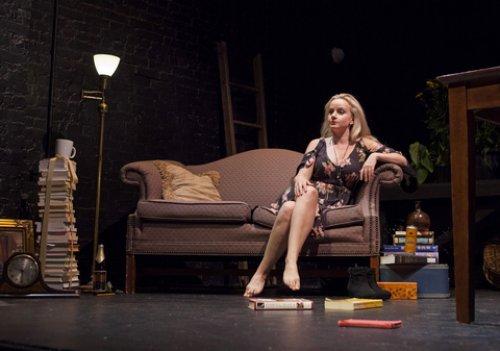 Beloved is presented by the Scandinavian American Theater Company (SATC) which was founded “to provide Scandinavian perspectives through the new generation of Scandinavian playwrights and theater artists.” This production certainly succeeds at that aim in practice but not dramatically.