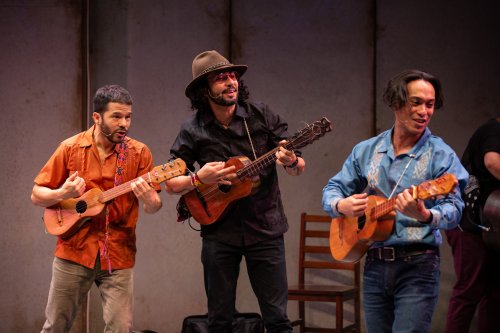 And they had told us to get to 14th street, and there’d be a white car,

and there was the car and we said the code and they stuck us inside.

And from there they took us to Tucson, Arizona.

ICE raids, harrowing border crossing journeys and transferring money home are depicted in the rousing and moving play Fandango For Butterflies (and Coyotes). It’s derived from undocumented Latin American immigrants’ stories of why they left their countries and of their lives in the United States. Reminiscences and dramatic complications are interwoven with terrific dance sequences and lovely songs.

Playwright Andrea Thome interviewed a number of subjects from among countries such as Mexico, Guatemala and Honduras. These testimonies have been fashioned into an engaging documentary-style scenario. The six appealing main characters are at a New York City church community center for a celebration and also awaiting the arrival of one’s cousin from their homeland. There is the suspense of whether he has been detained or just gotten lost as he, like them, has entered the United States illegally. 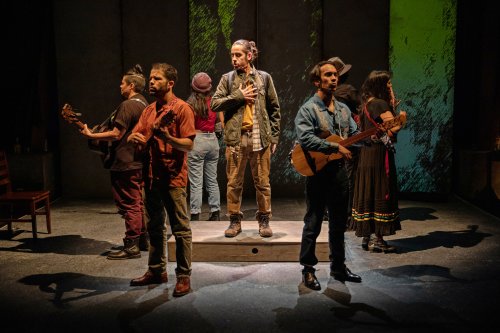 Ms. Thome expertly imparts biographical details for everyone as we learn of their jobs, family situations and aspirations. The play reaches a major climax after 75 minutes with the resolution of a chief plot point but goes on for another 25 minutes. A more focused and contained structure would have been ideal. 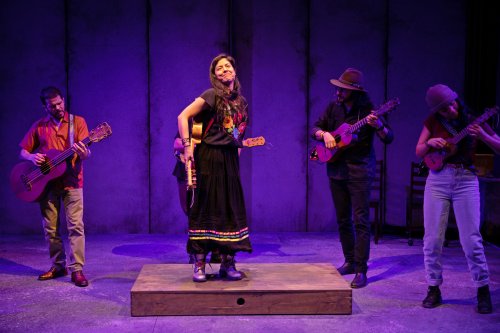 Fandango For Butterflies (and Coyotes) is a heartfelt, informative and accomplished exploration of its controversial topic. After its LaMaMa run, it will be touring throughout New York City.