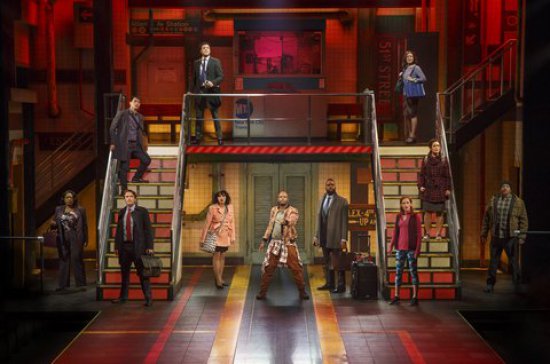 The Company of the Broadway production of “In Transit” at Circle in the Square (Photo credit: Joan Marcus)

For all who love musical theater, this year started with some bad news.  The New York Musical Festival (NYMF)—which for 15 years has been a major incubator of new shows—suddenly announced that it is closing up shop, declaring bankruptcy.

That’s tragic.  I hope a way can be found to save the festival if possible, or create a successor to it.

The festival has given birth to musicals that have gone on to Broadway (Next to Normal, Chaplin, [title of show], In Transit) and Off-Broadway   (Altar Boyz, The Other Josh Cohen, My Vaudeville Man, Yank!, Cyclops, Bedbugs, etc.)   Its shows have been produced in all 50 states and in 27 countries.

So why is the festival shutting down?  The people running it released a statement blaming the “arts funding crisis in the United States.”

I’m sorry, but that strikes me as a lot of hooey—a way of avoiding any personal responsibility. 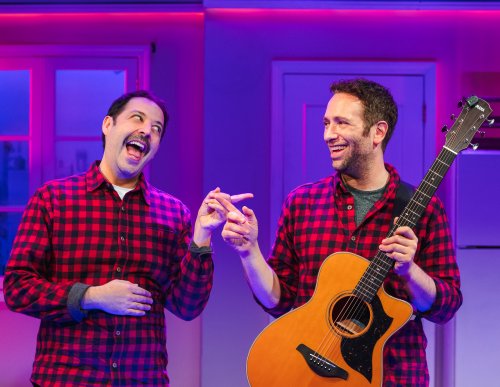 Steve Rosen and David Rossmer in the Off Broadway revival of “The Other Josh Cohen” at the Westside Theatre/Upstairs (Photo credit: Caitlin McNaney)

The U.S. economy, in recent years, has been booming.  The stock market has been soaring.  I can’t imagine a better climate in which to seek financial support from the private sector.  (I don’t think it’s the government’s responsibility to keep arts festivals alive.)  Broadway shows each week collectively bring in more than 25 times the sum needed to run the festival for a year.

Theater is the heart and soul of New York.  And big business.  And on relatively small budgets, the festival has given us some great shows.   If the people running the festival can’t find a way to live within their means, maybe fresh blood is needed.

I know it’s not easy.  I’ve written, directed, and produced shows.  I’m one of the few people who’s run a theater festival in New York.  One year I presented more than two dozen productions in five-and-a-half weeks at two theaters on 42nd Street.  I had over 200 voluntees working for me.

The challenges were huge.  But the theater community is helpful.  Every time I hit a roadblock, I picked up the phone and called someone older and wiser for advice.  I’ll be forever grateful for the guidance I got from Tony Award-winners Carol Channing and Thommie Walsh, cabaret impresario Erv Raible, and that indefatigable patron of the arts, Anita Durst of Chashama,

I’ve also used crowd-funding to support some of my theater-related work.  People want to help.

But first you have to let people know that you need their help.  I never heard that the New York Musical Festival was having any problems until they announced that they’re closing, saying:  “We do not see a clear path forward.”  Their debts, they noted, significantly exceeded their assets. 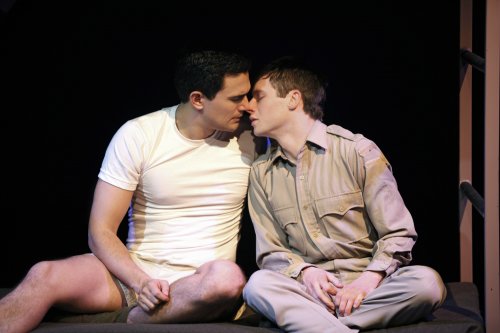 You should be able to do a lot with $1.7 million.  Or $1.5 million.  Or $1 million.  If you need to tighten your belt a bit—maybe present fewer shows or replace some productions with readings or concerts, or reduce salaries, or find ways to lower rent—you do it.  If you need to suspend operations for a while to reorganize, you do that.  But shutting down ought to be the very last resort.

And first you should let everyone know that you’re in trouble, and see who might help.  You never know where help may come from.  When I wrote regularly for the New York Post, in the 1980s, 1990s, and early 2000s, there were times when The Post very nearly folded.  But we let the world know we were struggling.

I remember vividly attending one giant “Save the Post” rally, with Cindy Adams, gallantly seated atop a Post truck, rallying the troops.  And us shouting—as if asking the universe for help—”Save the Post!”  I wasn’t sure who we were shouting to.  But we were rallying to let everyone know we needed help, or we’d soon be out of business.  And politicians, labor leaders, money-men from various fields came together to seek a way forward.  And different people had different suggestions—some good, some bad.

Maybe it’s time for someone to stage a “Save the New York Musical Festival” rally.

Or get started on planning a successor.  There are playwrights, lyricist and composers doing good work.  And the festival has served a valuable purpose.  I feel especially bad for those writers who submitted works for the 2020 festival and were told they’d been selected for it.  But as things stand, there will not be a 2020 New York Musical Festival.  And that’s a damned shame.