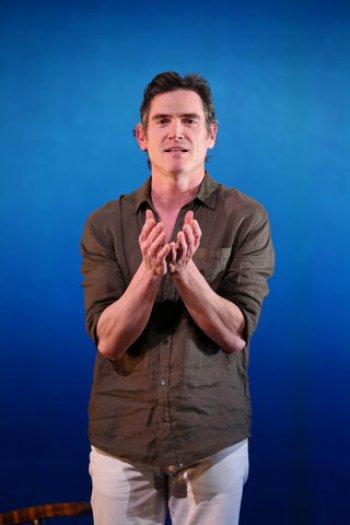 Self-invention can come in many shapes and sizes, but in Harry Clarke, it takes on a very particular hue. In this one-man play by David Cale, Billy Crudup portrays Philip Brugglestein, who was born in Illinois and grew up in Indiana. When he moves to New York, Philip becomes a “cocky Londoner” named Harry Clarke.

As Billy/Philip/Harry tells us in the beginning, “I could always do an immaculate English accent. Ever since I was a little kid.” And as he adds somewhat later, “Harry Clarke was a character I did for myself”–before he eventually and essentially became that character.

As he proceeds to describe a home-movie from his childhood, when he was eight years old, we get an inkling of why Philip assumed a different identity. His parents get into a fight over his speaking with a British accent, when “My father hollers [at my mother], ‘You wanted to keep the kid, you deal with this.’” Philip’s mother responds, “You’re a pig. I cannot wait to leave you.” And, as we later learn, Philip’s father also called him a “pansy.” 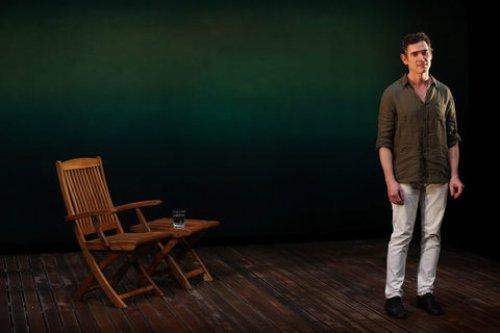 After describing the movie, Philip is suddenly considerably older and living in New York, where he tells us, he’s “struggling to make ends meet.” A consistently first-rate actor, Crudup speaks not only in Philip’s American English and Harry’s cockney British–but with distinctive voices for every other character we meet, including Philip’s parents and numerous others: Mark, a man he follows one day and then runs into at “a little theater in Tribeca” and befriends by pretending they met before through Mark’s French girlfriend, Sabine.

While Philip/Harry moves in on the well-to-do Mark and has an affair with him, Crudup will also come to impersonate Mark’s sister Stephanie and his mother Ruth. He even becomes Stephanie singing a song–at Joe’s Pub, no less–including the lyric: “I’m so tired of wakin’ up alone each day/I wanna say to loneliness, ‘Hey, fuck you!’” It’s all very natural, since playwright David Cale used to perform his one-man shows in downtown theaters, beginning three decades ago, when his scripts grew out of song lyrics. 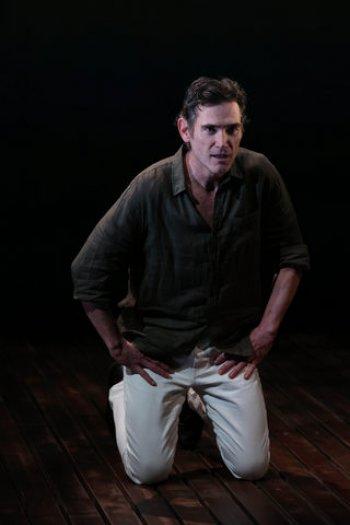 Philip’s shaggy-dog yarn keeps exposing him as what used to be known as a pathological liar. And with little more than a wooden deck chair, a small table, a wooden slated floor and a sky-blue background (the set is by Alexander Dodge, the lighting by Alan C. Edwards), Crudup’s tour-de-force performance is a potent reminder that all you need for good theater is the actor’s voice–as well as a good script, of course. It’s also testimony to his having been well directed by Leigh Silverman, who seems to have gotten the best out of Crudup with his multiple voices and varied expressions.

Running time: one hour and 25 minutes without an intermission