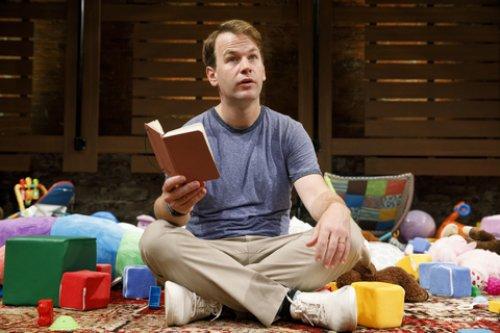 Comedian/monologist Mike Birbiglia, best known for Sleepwalk with Me, has the remarkable knack of finding humor in autobiographical crises that shouldn’t be funny but in his hands are uproarious. His latest show, The New One, is just as hilarious as the previous ones. When Mike and his wife, the poet Jennifer Hope Stein, got married he pointedly told her that he did not ever want to have children, and she agreed. Ten years later Jen has changed her mind and tells him, “A baby wouldn’t have to change the way we live our lives,” probably the understatement of the century.

Birbiglia always starts his monologues seemingly from some place other than the topic at hand. Here he starts – and ends – with his beloved couch, the first big thing that he ever spent big money on. It is a place where he and his wife take naps on, eat pizza and hamburgers, and watch many hours of television. This somehow leads to his seven reasons why he doesn’t want kids, not least of all his continuing problem with sleepwalking and his other physical ailments, not entirely expected for someone only approaching his 40th birthday. 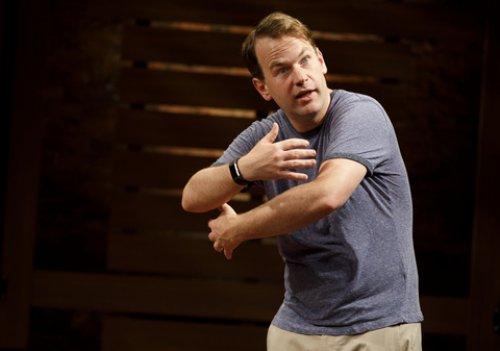 He is reinforced in his beliefs when he visits his formerly cool brother Joe who now has two kids. His nephew Henry whacks at him with a foam bat, his brother can’t go to the band concert at the local club, and Mike is subjected to watching a 12 minute video of Henry picking apples. And although Joe seems miserable, he claims having children is “the most joy I’ve ever experienced” and Mike won’t know about it until he has his own.

Mike’s wife convinces him to have a child with the declaration that she knows he “will be a good dad.” And then they discover that Mike has a low sperm count which leads to another series of medical interventions, none of which ought to be funny, but somehow are hysterical. Eventually, his wife is “pregnant for about 75 months.” “And it was a brutal pregnancy. It was hard for her too,” he recalls. Then baby Oona (meaning “one” as he isn’t planning on having a second child) is born and his life is never the same again, particularly since his wife always sides with Oona and against him. 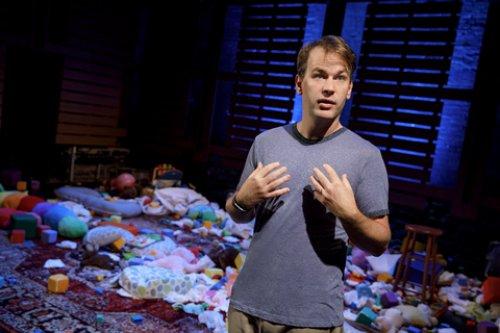 Birbiglia’s grin is infectious, and after each and every punchline while the audience is still laughing, he delivers that bemused look as though he is enjoying the recollection as much as we are. This always seems to keep the laughter going longer. He also knows how to milk the most mundane material for a seemingly endless series of one-liners, a never ending stream of humor on one of life’s many absurdities which he has lived through – and survived. The show becomes a little more serious after Oona is born, but then it becomes much more real even as we are still laughing.

Under the direction of Seth Barrish who has directed him in all of his New York shows, he makes terrific use of the entire stage as well as plays off of the audience from many sections. Set designer Beowulf Boritt has a trick up his sleeve that would not be fair to give away. Suffice it to say that it is a coup de théâtre that wins prizes at awards time. If you want to laugh for 90 minutes straight, don’t miss this show meant for adults. The run is short as New York is just one stop on Birbiglia’s scheduled national tour. The New One is just the sort of laugh fest that we need right now.

Mainstage at the Cherry Lane Theatre, 38  Commerce Street, in Manhattan