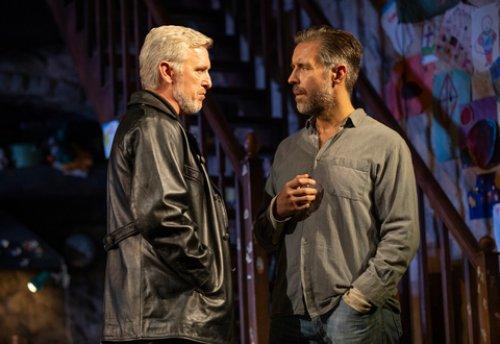 Jez Butterworth’s The Ferryman is not a play.  It is an experience, a rare experience whose aftermath will linger for days, if not weeks, in the minds of those who see it.  Butterworth takes the audience into the heart of a loving family in a story that veers off into ghastly violence.  He questions if it will ever end, but the title, itself, a reference to Charon who, in Greek mythology, ferries the dead across the River Styx to Hades, hints that deaths will continue.

Imported from London, with a number of the original cast members, Ferryman takes place in rural County Armagh, in Northern Ireland in 1981, during a rise of violence of the IRA, right in the middle of The Troubles, the decades-long fight for Irish independence from Great Britain.  Butterworth (represented previously in New York by The River and Jerusalem) brilliantly relates the tension, violence and dread that rocked Ireland by focusing on a single, extended family, incisively using this domestic microcosm to illuminate the complexities of a society at war with itself.

The family in question is headed by farmer Quinn Carney (Paddy Considine, tough, tender and charismatic), under whose roof lives his frail wife, Mary (Genevieve O’Reilly, portraying warmth and a strong will against physical disabilities) and their seven children aged sixteen down to infancy. 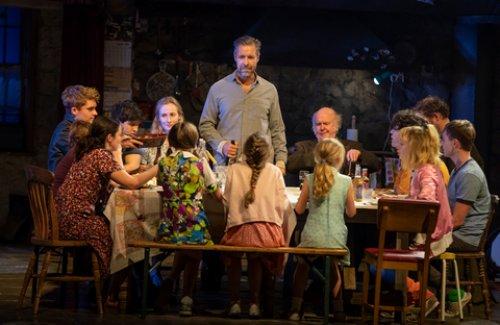 Quinn, unfortunately, has feelings for his widowed sister-in-law, Caitlin (Laura Donnelly, Butterworth’s longtime partner, in a smashingly passionate, yet understated performance), another resident of the Carney farm house—designed with a fine eye to detail and period by Rob Howell who also did the colorfully rustic costumes.  Caitlin’s son, Oisin (Rob Malone, making the most of a small role) is also present.

Not present, but important to the plot, is Caitlin’s husband (missing ten years) whose well preserved body has been found in a peat bog just before the action of the play begins. 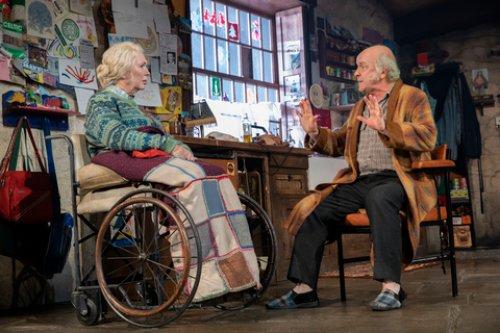 The play opens with an ominous scene in which IRA strongman, Muldoon (Stuart Graham, stalwart and properly menacing) and his two IRA goons (Dean Ashton and Glenn Speers) threaten a priest, Father Horrigan (Charles Dale, whose surface optimism hides deep conflicts) to get him to reveal information gained in confessions.  Horrigan appears to be amenable.

Ferryman flows directly into the Carney household where the characters argue; the children sit at Aunt Maggie Far Away’s feet, eager to absorb her fascinating stories; a goose—soon to be dinner—wanders about; the neighboring relatives known as the Corcoran boys (played robustly by Tom Glynn-Carney, Conor MacNeill and Michael Quinton McArthur) help with the grain harvest; and, of course, the entire household eventually breaks into dance to celebrate the harvest.

Throughout there are ominous hints of happenings in the outside world:  the discovery of Caitlin’s husband’s body and reports of IRA prisoners dying of self-imposed starvation. 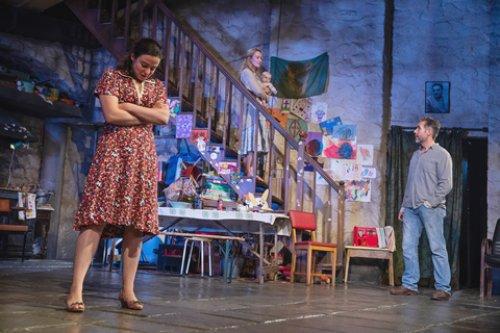 Under Sam Mendes’ expert direction, all these characters and all the disparate activities flow smoothly until a tragically violent ending that takes everyone by surprise.

Peter Mumford’s lighting and Nick Powell’s sound design and original music, add ambiance to a play filled to the brim with it.

Butterworth has revealed in interviews that The Ferryman was inspired by a TV program about “the disappeared” that he and his partner Donnelly watched.   She saw a photo of her missing uncle and thus Butterworth’s wheels of creativity began to turn, resulting in this rich tapestry of comedy, drama, history, passion and violence.

Running time:  three hours and 15 minutes including one intermission