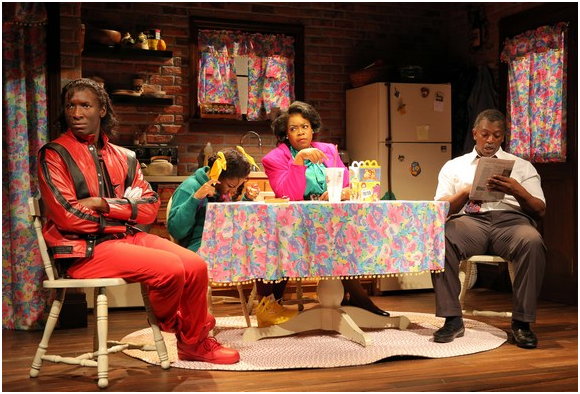 “Mommy why do you and granny call my dick bootycandy?”

“It’s called a bootycandy you too young to be calling it a dick don’t let me hear you say that again have you lost you mind in real life?”

This broadly performed conversation takes place in the Michael Jackson, poster-decorated bedroom of young African-American Sutter with his mother. This is the raucous prelude of Robert O’Hara’s new play, Bootycandy.

It is a series of darkly comic, earthy, often uproarious scenes dramatizing Sutter’s eventful journey through life, and dealing with his homosexuality. From childhood to manhood, the episodes range from satirical to poignant to grave. In addition to comedy, there’s menace, violence and brief male nudity.

Seemingly random, formless and spanning various points in time, these vignettes are eventually cleverly connected by a reflexive narrative device.

Sutter’s parents, sister, grandmother, friends, church pastor, and also strangers and stalkers, are flamboyantly portrayed comically and dramatically. Often cartoon-like, these stereotypes each have a reality to them. The company of five actors all magnificently depicts a variety of roles, some two at one time for tremendous histrionic effect. 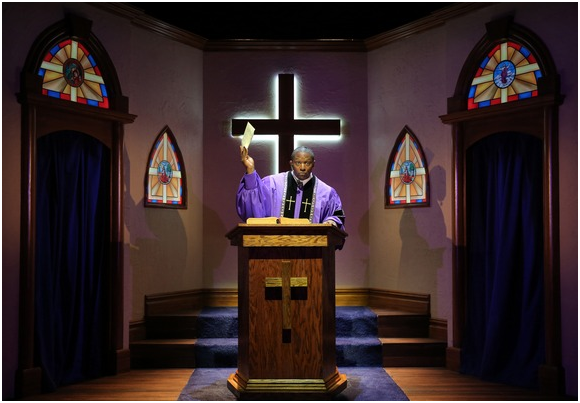 Sleek, highly expressive and subtly charismatic, Phillip James Brannon is sensational as Sutter. The complexities and tumultuousness of childhood, adolescence and adulthood are superbly rendered by his performance.

With the fervor and timing of Little Richard, James Brown, Jessie Jackson, Tina Turner and RuPaul, Lance Coadie Williams is the church reverend of all times. This consummate actor also strikingly portrays several figures of varying masculinity and different genders.

Jessica Frances Dukes and Benja Kay Thomas both tackle a number of female African-American archetypes with zest, power and great skill. They create a gallery of vivid individuals from scene to scene. 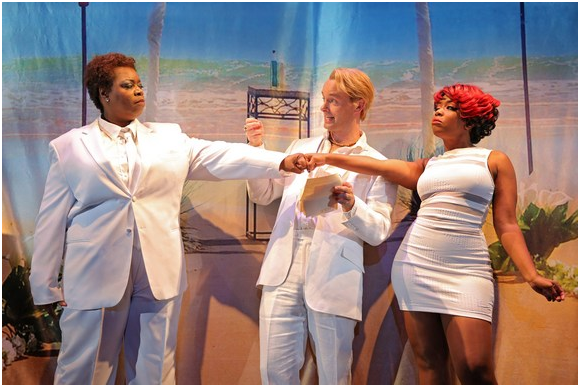 As the several white male characters, Jessie Pennington’s transformations were so astonishing that it seemed like there was another actor in the cast at times. He fearlessly depicts some of those characters’ unpleasant and unsettling attributes with brutal force, and in one particular moment jolts the play further.

As a writer, Mr. O’Hara has created a compelling, outrageous and beguiling play that appears to take autobiographical expression to the heights of hyperbole while maintaining truth and believability. He also directed it, and his achievement in that field is equally accomplished. There are many arresting visual images and tableaus as well as the calibration and modulation of the cast’s vivid performances.

Scenic and costume designer Clint Ramos dazzlingly creates a colorful universe of settings and looks with his efforts that range from fantasyland to stark reality. The dynamic multimedia aspects of the show are enhanced by Japhy Weideman’s lighting design, Lindsay Jones’ sound design and Aaron Rhyne’s projection design. 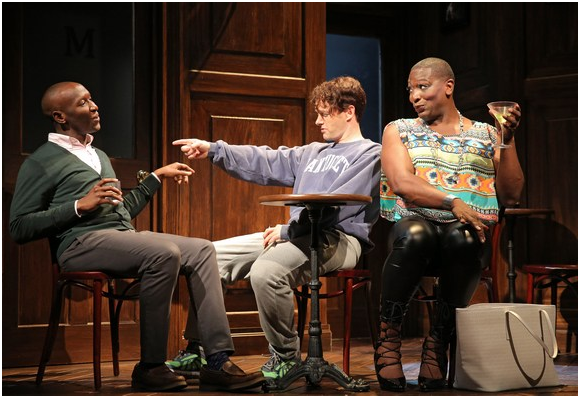 Throughout the play there are many visual and spoken references to Michael Jackson, showing how large the presence and influence of The King of Pop in his heyday loomed in the consciousness of many growing up and living in that era. This symbolism adds greatly to the detailed specificity of this passionate, suspenseful and bold work.