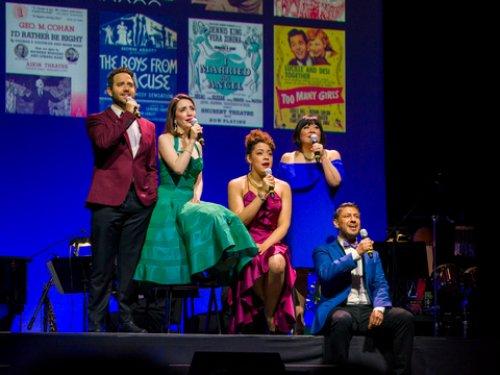 How could an evening jam-packed with songs from the sophisticated, witty Rodgers and Hart oeuvre go wrong? That the latest chapter of the 92nd Street Y’s usually scintillating Lyrics & Lyricists would contain a plethora of pleasing R&H ditties—standards and not-so-standards—was a foregone assumption, but this was a dutiful, rather than adventurous edition of L&L.

We’ll Have Manhattan: Rodgers & Hart in New York, created and narrated by the soon-to-become Broadway’s Tootsie (in the new Broadway musical), Santino Fontana found most of its emotional heft in the sad story of the partnership of the efficient Richard Rodgers and the foot-dragging Lorenz Hart who found himself, a not handsome gay man, in the wrong time and place.  Hart had little personal happiness, it seems, but his songs were certainly full of gaiety and wit.

The generous program of Rodgers & Hart songs included standards and some lesser-known numbers such as “Disgustingly Rich” sung with appropriate snootiness by Vishal Vaidya, the funny “At the Roxy Music Hall” interpreted with youthful wonder by Ann Harada, the quietly savage “To Keep My Love Alive,” slickly sung by Lilli Cooper and “I Gotta Get Back to New York,” given a dark reading by the company which was completed by Santino and Jessica Fontana (husband and wife). Cooper also did her rueful best on “Where’s That Rainbow?”

Vaidya made his mark with two songs:  “Wait Till You See Her” and “The Most Beautiful Girl in the World,” both sung with sincerity.  Mr. and Mrs. Fontana did a cute version of “Glad to Be Unhappy” in which the Missus lorded it over an over-eager Mister. 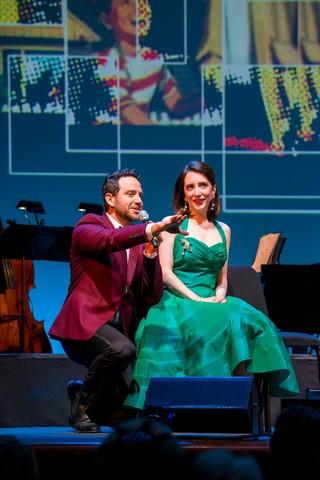 Santino Fontana had a chance to shine in the sweet “I’ve Got Five Dollars,” the ultra-romantic “With a Song in My Heart” and the sweet “My Funny Valentine.”

Of course, they included “Manhattan,” their first success, here sung by Vaidya and a full company “Mountain Greenery,” another early hit.  Jessica Fontana and Harada duetted on two songs with opposing titles:  “This Can’t Be Love” and “It’s Got to Be Love” never coming to a conclusion.

The program ended with a full company “Where or When,” one of Rodgers & Hart’s most beautiful, memorable and haunting tunes, sung with a pleasant directness.

The narration, given by each cast member in turn, gave the songs a sense of chronology and importance in the roster of the Rodgers & Hart songbook, including little-known facts that added snippets of information that helped give meaning to the songs. 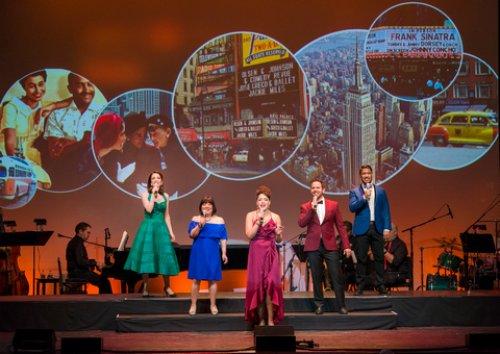 The arrangements and orchestrations were by David Chase and they had color, but not quite enough wit to match the songs.  Andy Einhorn, the music director, got the most out of the arrangements.

Despite the pleasantness of the interpretations, the singing of the cast wasn’t as thrilling as other casts performing in this series, but was definitely professional (except for one singer whose voice appeared to be failing in sustained notes).

Gina Rattan, the program’s director, failed to imagine the sophisticated moments that make a Rodgers and Hart show shine.  She settled for ordinary or cute or straight-forward, never daring the singers to go beyond their comfort zones (in which they remained).  It just wasn’t a very imaginative show.  Somehow the songs won out, but barely.