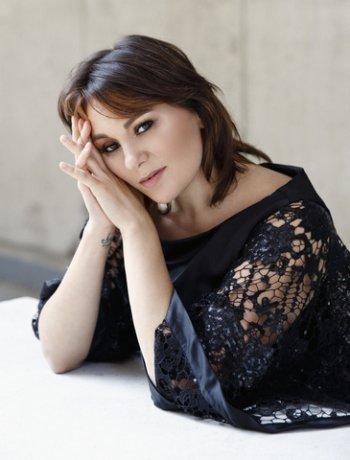 Tanya Tagaq is an innovative Inuk singer. She combines traditional Inuit throat singing with diverse contemporary pop and rock influences. Known for her passionate, raw engagement in indigenous people’s rights, she has been awarded Canada’s important Polaris Music Prize and been named to the Order of Canada, a national order of merit for distinguished service to the country … the very country she names as brutal violator of her ancestry and heritage.

At the end of a major tour this spring, Tagaq performed at (Le) Poisson Rouge in the World Music Institute’s Counterpoint Series for “contemporary artists who push the boundaries of what ‘world music’ can mean,” bringing together different cultures’ influences with “the inherent progress of modernity … to create world music that is at once unique and innovative.”

None of this pertinent information provides any useful clue as to what Tagaq actually sounds like or what her astonishing art is all about.

Accompanied by three colleague musicians – vocalist and thereminist Christine Duncan, percussionist Jean Martin and violinist Jesse Zubot – Tagaq took her place on the stage at the beginning of the performance by requesting that the audience not film her, “So that I can be free … I like the idea of it’s just us. This is an improvised show. It’s never going to happen again in the same way.” 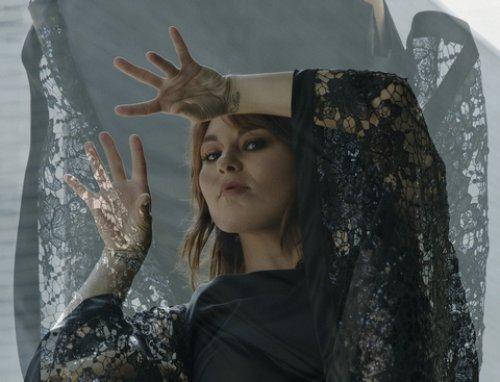 The entire show was a continuous performance lasting more than an hour.

The opening music – violin, theremin, percussion, and then, gradually human voice – was otherworldly; it was spooky … marine, subterranean and astral all at once. Deep-pulse psychedelic rhythms gradually emerged; long music-like vocal sounds materialized, louder and louder, wails, incantations and spells, curses and benedictions; cycles of urgency intensified to a near screech of punk insistence. Sea chants became both grungy and ecstatic; screamed single syllables of human experience and protest got hurled out like krautrock.

Tagaq makes music with her whole body: it is an act as fundamental as consuming, excreting, orgasm and birthing. She can make any sound – whisper and howl, caress, growl and grunt – and use it to summon, condemn, invoke or bless. Tagaq’s fellow musicians stretch out their own instruments and created sounds to meet hers in developing a constantly changing, expanding music-world.

Tagaq upends every traditional descriptive category for both being an artist and making art.

She defies gender: she is agency embodied. She simultaneously represents every possible female paradigm, and its opposite. She is a supreme priestess, and a trance-bound spirit. She is monolithic purity; she is centuries of used and cynical experience. Her divine wildness alternately destroys and creates. 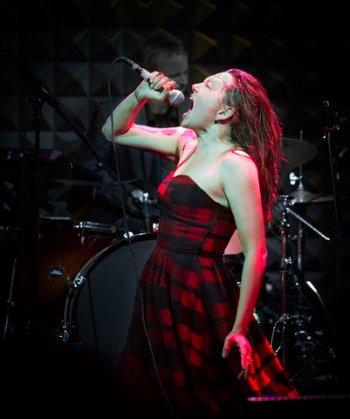 She erases boundary lines of earth, animal, human and divine: they are all equally living, natural beings. Nature – at once crushingly powerful and endlessly vulnerable – must become political when challenged by unnatural forces of greed, rape and violation. Struggle, resistance and victory are processes of both spontaneity and ritual.

Tagaq and her colleagues create an entire sound-world. It has all the features of music. It has coherence, urgency, sensual evocations and cerebral pleasures, interplays of fixed form and improvisational spontaneity, patterns, protocols and vocabulary.  It has all sorts of connections – among musicians, between performers and audience – and it creates a unique moment of shared experience, a community of music makers and receivers. Though what Tagaq and her colleagues create sounds unlike anything most of us are familiar with, it is nonetheless music. It is also an entirely unique art form. It is disturbing and unnerving; it is exhilarating; it stuns and inspires.

Tanya Tagaq is amazing. Go wherever you have to in order to hear her.