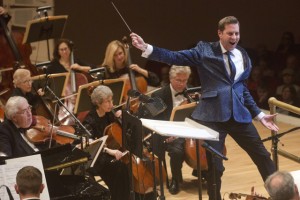 New York Pops Maestro Steven Reineke opened All You Need Is Love, his personally curated concert celebrating the 50th anniversary of The Beatles’ Carnegie Hall debut, by posing the audience a question: was anyone in the audience present at the iconic British rock group’s 1964 Carnegie Hall debut. “I was!” cheered an enthusiastic woman perched atop the third level of Carnegie Hall’s Stern Auditorium, and the audience followed suit with applause of approval. Indeed, we had nothing but love to share at The New York Pops’ season opener featuring the acclaimed Finnish a cappella group Rajaton. Although Reineke put together a rather mixed bag of Beatles songs, even the evening’s less successful symphonic covers were met with wide smiles and hearty applause.

Act One featured the Pops’ and Rajaton’s cover-to-cover rendition of Sergeant Pepper’s Lonely Hearts Club Band, described by Reineke as “an important and groundbreaking concept album.” He succeeded in his goal to perform the album in its entirety; however, not even the Pops’ lush orchestral arrangements could breathe life into the album’s clunkers. While such gems as the title song and the enduringly famous “Lucy in the Sky with Diamonds” soared across the auditorium, “Within You Without You” and many of the less often remembered (perhaps for valid reason) tracks felt stagnant.

While the first half felt bogged down by ballads, Act Two clipped along thanks to a more varied mix of songs and vocal arrangements. The post-intermission segment proved more consistent, featuring compelling renditions of some of The Beatles’ number one hits: “Help,” “Come Together,” and “Let It Be,” among others.

Likewise, the guest artists of Rajaton made a strong showing at their second Carnegie Hall performance. Thanks to Reineke’s careful considerations, each performer was given ample opportunity to show their stuff as a soloist. Jussi Chydenius’ booming bass shined throughout his whimsical rendition of “Penny Lane” while Essi Wuorela’s full-bodied pop soprano glided across “The Long and Winding Road” haunting melody. 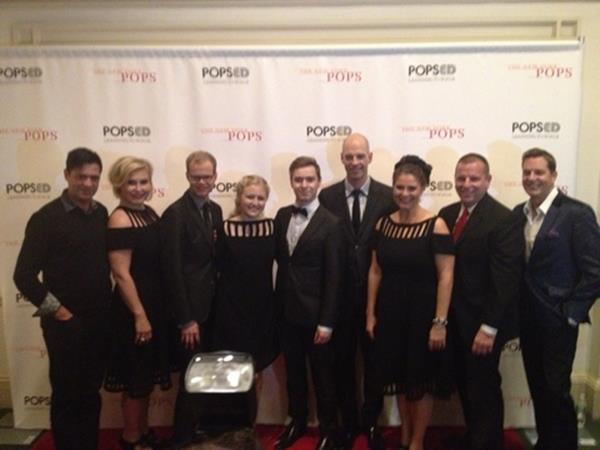 However, it is no surprise that the acclaimed group accustomed to singing sans instruments seemed infinitely more at ease without the luxurious Pops supporting them. During their two a cappella song interpretations, Rajaton’s seamlessly blended voices cut across the Perelman Stage with strength and clarity. In fact, their encore rendition of “Eleanor Rigby” was perhaps the most chilling moment of the evening. Even still, Reineke’s choice not to accompany the classic ballad was a curious one; The Beatles’ original release of “Eleanor Rigby” includes an iconic string arrangement practically begging to be played by a full symphony orchestra.

Despite the sometimes-questionable song selection and orchestration choices, All You Need Is Love upheld the New York Pops’ well-established standard of excellence. Reineke’s unparalleled expertise and steady hand provide evenings of culture, history and entertainment time and time again.

For tickets: Purchases can be made at the Carnegie Hall Box Office or by calling CarnegieCharge at 212-247-7800.