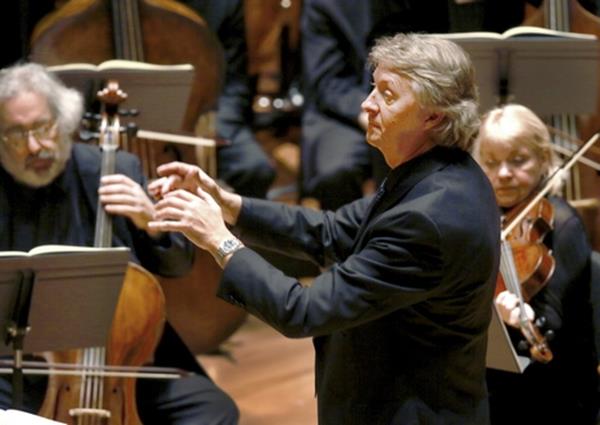 Johann Sebastian Bach’s astonishing Mass in B Minor presents subtle and complex challenges for music historians, for musicians and audiences. For Bach himself, the Mass constituted something of a summation of his musical ideas, an autobiographical coming together of different sorts of material from all eras of his life assembled into something entirely new. The miracle of this Mass is that its beauty – its compelling and comprehensive description of humanity’s connection to the divine – transcends its era and genre: to experience this Mass, whether as musician or audience, is to participate in something universal.

And, in some sense, the mystery of the Mass is that Bach himself never heard it whole: its first documented complete public performance didn’t take place until more than a century after his death, and then, no doubt, on nineteenth century instruments quite different from those of Bach’s era. Modern choir directors and choral conductors can’t ever refer to Bach’s directions about how it should be performed because there are none. There isn’t really any sure way to know how Bach imagined his Mass should sound.

This single fact places a complex responsibility on a conductor.

Thomas Crawford, conducting the American Classical Orchestra and Chorus and five soloists, lived up to the responsibility extremely well.

The American Classical Orchestra describes itself as “a period instrument ensemble” whose mission is to present the music of the 17th, 18th and 19th centuries “as the composers might have heard it in their time using instruments and techniques from when the music was written,” thereby presenting “historically informed performances that add to the cultural landscape of New York City.”

Crawford’s presentation of Bach’s Mass in B Minor with the period instrument orchestra he founded thirty years ago conforms with his close reading of the music and his historically shaped understanding of what Bach’s music sounded like … even what this particular work that Bach himself never heard whole would have sounded like. As Crawford noted, “There are many compelling reasons to use original instruments, but possibly the most appealing is the more openly transparent textures they provide.”

One of the strengths of this performance was in fact the clarity with which the many elements of Bach’s music could be heard: without any compromise to tempo and without favoring any theme, instrument or voice over any other, Bach’s music was unpacked. Because of the period instruments – and the skill of the musicians – even the most densely monumental passages, including the final movements, were powerful not because they were monolithic but because they were revelatory. Subtleties were not lost but illuminated.

The American Classical Orchestra Chorus sang eloquently. The size of the chorus was well matched to the orchestra: there were nine sopranos, three altos and two countertenors, five tenors and five basses. The balance of chorus and orchestra was always judicious and, especially in the second half of the concert – the last three movements of the Mass – virtually perfect. The disciplined musicianship of the chorus, evident in such crucial elements as crisp entrances and attacks, absolute control of even the most complex rhythms and close, careful attention to Crawford’s direction, enabled the singers to put their individual and corporate artistry to the full service of Bach’s Mass.

Brandes and Maroney have lovely voices, but their “Christe eleison” duet was uneven in quality. Though they made no particular mistakes, they weren’t quite together. The piano of one would be drowned out by the forte of the other and vice versa. Rhythmic and melodic shifts, challenges, reversals and romps felt forced. When Brandes and Maroney sang in text unison, however, the combined sound of their voices was marvelous, so the conclusion of their duet was very fine.

More troublesome was Burton’s “Quoniam tu solus sanctus.” Here, voice and horn seemed unable to know quite how to operate together; rhythms were askew and the final “Christe” came as something of a relief. Fortunately for all, Burton’s other major solo, “Et in spiritum sanctum Dominum,” in the third movement was strong and clear: Burton proclaimed this portion of the Nicene Creed reflectively and credibly.

Blandy’s only solo was the “Benedictus” in the final movement of the Mass. Blandy’s agile, lyrical voice declared the blessedness of those who walk in the name of the Lord with grateful, manly sweetness.

Most outstanding of the soloists was countertenor Daniels. His daringly supple voice in the “Qui sedes ad dexteram Patris” was masterful. His “Agnus Dei” was elegant in its interconnected mourning and gratitude; Daniels’ ability to maintain a rich piano in all registers gave his “Agnus Dei” a rare close and trusting intimacy.

Two duets were particularly lovely. Brandes and Blandy’s “Domine Deus” was graceful and felicitous. Later, Brandes and Daniels’ “Et in unum Dominum” was fluid and fascinating: the duet was a companionable conversation about God between two passionately faith-filled close friends. It was strong, fresh and vibrant.

Crawford made one historically based decision in his direction of the soloists that contributed to the unevenness of their singing. More than the chorus, the soloists included every possible ornamentation and trill on every available line. The result was sometimes dazzling, but it could also be disconcerting as the singers occasionally expended more breath and energy on trills than on the textual content and intention at lines’ ends: effortfulness sometimes replaced meaning’s realization.

Two extended passages of the Mass were particularly marvelous. The three center sections of the third movement of the Mass, the Symbolum Nicenum, were astonishing. These three sections form the very heart of Jesus story – he was made flesh, he was crucified, he was resurrected – and the proclamation of these facts constitutes the very core of Christian belief. In Crawford’s Mass, these three choral sections also encompass the full scope of human experience from wonder to despair and desperation and finally to joy. This same comprehensive vision of humanity is repeated and then expanded in the final movement of the Mass when the chorus’s prayer – humanity’s prayer – for peace is so triumphantly sung that it feels like peace has actually arrived.

At the end, audience applause was jubilant. The five soloists all received lovely bouquets of flowers. And in an exceptionally fine gesture, Crawford gave each of the orchestra’s featured instrumentalists a single boldly brilliant yellow calla lily.

Interpreted and presented by Crawford, the American Classical Orchestra and Chorus and guest soloists, this Bach Mass in B minor was a successful declaration of Bach’s magnificence and of his music’s ability to affirm faith and create joy.

American Classical Orchestra and Chorus: Mass in B Minor (November 15, 2014)