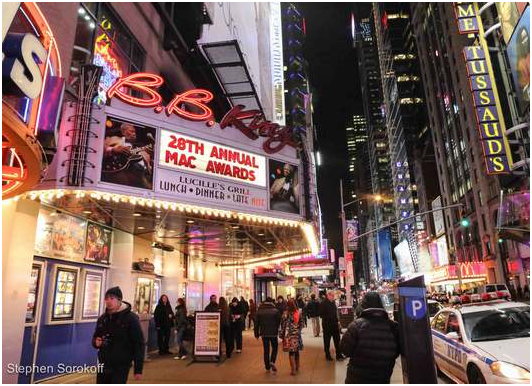 All Photos by Stephen Sorokoff

“Was I supposed to campaign?” Joked eternally pixyish Anita Gillette as she accepted her Manhattan Association of Cabarets and Clubs (MAC) award for Celebrity Artist. “This community is solid and friendly. I’m just stunned.” Cady Huffman presented the award to her and later Ms. Gillette returned to do a segment from her award-winning act. She hilariously reminisced about a down period in her career when she went into “real estate” and became an inept rent collector in Los Angles. Then she performed a sweet “Life is Just A Bowl of Cherries” and followed that with a leggy dance exit off stage. 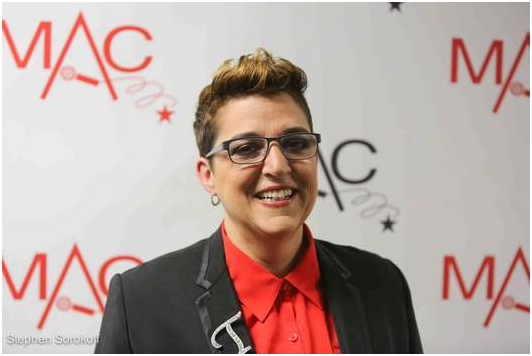 The 28th annual MAC Awards were held at the packed Times Square nightclub B.B. King’s. Competitive awards in 25 categories ranging from piano bar entertainer to directing, recording, comedy and drag were handed out. Winners who were present later returned to perform. A number of honorary awards were also given. The spectrum of entertainment figures recognized ranged from the celebrated to those just beginning their careers. That this is an inclusive festivity and collective was an ever-present theme.

Lasting three and a half hours with no intermission, the show remained buoyant throughout its length and never flagged. This was a testament to the sharp presentational talents of producer Julie Miller, director Lennie Watts and stage manager Amy Wolk. Musical director Don Rebic on piano led the band with Jeff Ganz on acoustic guitar, Daniel Glass on drums, all of whom kept it all musically vibrant.

“Applause” from the eponymous Broadway musical mashed up with Lady Gaga’s recent pop tune “Applause” was the brash opening number performed by the show’s very talented and funny host, vocalist and comedian Terese Genecco. She reappeared throughout each time clad in a different over the top male outfit. 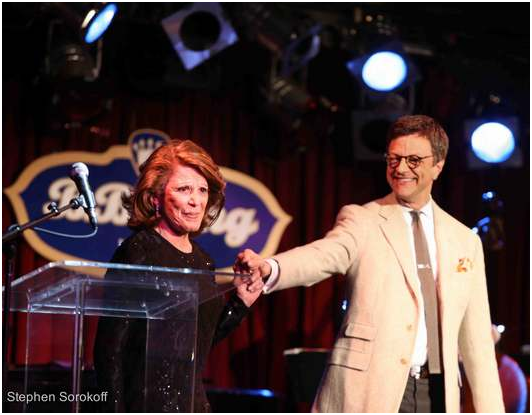 “After years of performing in clubs called upstairs and downstairs she finally elevated herself to street level!” Joked ubiquitous presenter and performer Jim Caruso in his eloquent introduction to Lifetime Achievement Award recipient Linda Lavin. “This is a true honor.” She paid tribute to cabaret impresario Jan Wallman, “Thank you for changing my life.” Seated at a piano she then performed very emotional renditions of “Long Ago and Far Away” and “It Amazes Me.”

The awards for New York debut male and female went to seasoned performers. “I feel like a kid!” said Mary Lahti. In the mold of Mel Torme, Gary Crawford delightfully performed a warm jazzy song, “Make Yourself At Home.”

Two scholarships for Performing Arts education were awarded to young girls from Wingspan Arts, Jenna Barricklo and Sofia Bryant. Ms. Bryant’s performance of the old show business anthem, “I’ve Got to Be Me,” was quite thrilling and showed the torch is being passed on. 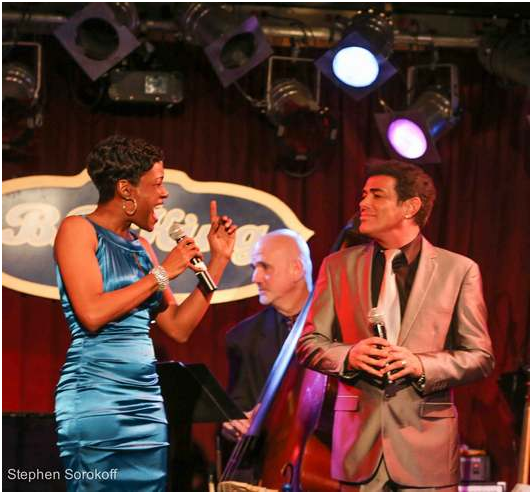 The ample old style drag performer Ruby Rims wittily presented the award for Impersonation/Characterization/Drag Artist to Roger Antony Mapes. In garish makeup and a huge beehive/bouffant he did a rousing inspirational song from his Rev. Yolanda’s Old Time Gospel Hour.

With Sean Harkness on guitar playing a somber tune, Rickey Ritzel announced and described those in the cabaret world had died in the past year while slides of their images were projected on screens on each side of the stage. Included was MAC co-founder Erv Raible to whom the show was dedicated. Earlier those screens projected and continued to project the evening’s presentations.

“She’s been performing for 70 years and she didn’t start in a cradle! She was on Johnny Carson 76 times. The lady is truly possessed.” Enthused legendary costume designer Bob Mackie in his introduction of Lifetime Achievement Award recipient Marilyn Maye. “Enough talk! I’ll just sing!” Glancing at lyric sheets on a music stand she did a funny topical special material parody song. “I’ll know it in a year. I’ll be 86 soon. Shhh—don’t tell anyone.” Then she sang an awesome version of “Here’s To Life.” 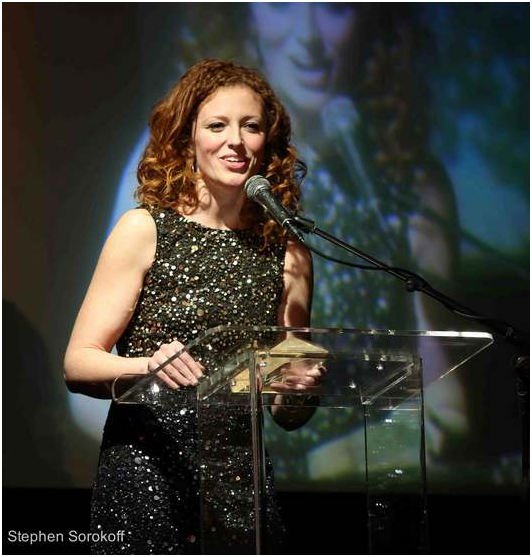 “That’s New York! Come out and support us!” exclaimed youthful Piano Bar Instrumentalist winner Nate Buccieri. That summed up the spirit of the event.

2014 Board of Directors Award for the Eugene O’Neill Cabaret and Performance Conference accepted by director John McDaniel.

The Ruth Kurtzman Benefit Award went to the Park Concert Series (formerly The Concerts for City Greens), and was accepted by its founder, Raissa Katona Bennett.

MARISSA MULDER, Tom…In His Words: The Songs of Tom Waits

ANITA GILLETTE, After All

GARY CRAWFORD, In Love With Love

THE RIGHT TIME by Andrew Sotomayor

Music by Douglas J. Cohen and Lyrics by Tom Toce

SHOW OF THE YEAR


Running time: Three and a half hours without intermission