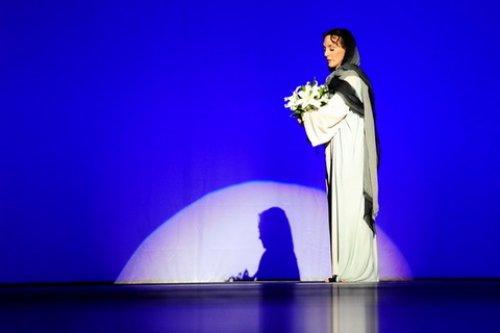 Although most people don’t know who Isadora Duncan (1878-1927) was, the few that do probably think of her dance form as akin to the “One Greek Urn, Two Greek Urns” number performed by the mayor’s wife and her friends in The Music Man.

The truth is that Isadora Duncan was a sophisticated interpreter of music and dramatic moments, proof of which was found in the profoundly moving dance concert of Lori Belilove’s The Isadora Duncan Dance Company in which Ms. Belilove’s dancers brought the dances to beautiful life.

She called the concert “March Madness,” although if these short dances were mad, it was a divine condition.

Belilove, who has taught Sara Mearns of the New York City Ballet to perform some of these works, divided the concert into dances to Schubert, Chopin, Brahms and Scriabin, all original Duncan choreography staged by Belilove who has devoted her life to inspiring the public with Duncan’s repertoire The the evidence was in the beautiful dancing of her  troupe of six:  Becky Allen, Hayley Rose, Faith Kimberling, Emily D’Angelo, Nikki Poulos and Caroline Yamada. 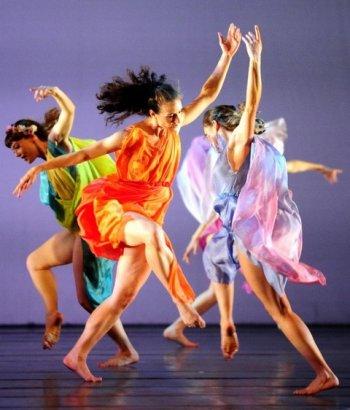 Each composer took Duncan on a different journey allowing her to show different aspects of her art, all danced barefoot and in Greek style tunics which varied in color from white to pastel hues to bright red according to the subject of each dance.

The Schubert dances were the most formal, beginning with “Moment Musical,” a duet that was light and peaceful as was the aptly titled “Lullaby,” a solo.  Belilove performed the “Water Study” which featured rippling arms.

Chopin is the composer with whom Duncan was most associated. Some of the music was familiar from Les Sylphides, the Fokine ballet, so it was fascinating to see different takes on the same music, such as “Grande Valse Brillante,” here a perky quintet and the “Prelude” which Duncan interpreted as a meditative trio.

The choreography to the famous “Minute Waltz,” here danced by Ms. Allen, was a charming contest between the fleet dancer and the fleet music.  Ms. Rose performed “Ballspiel,” a mischievous gem of a dance. 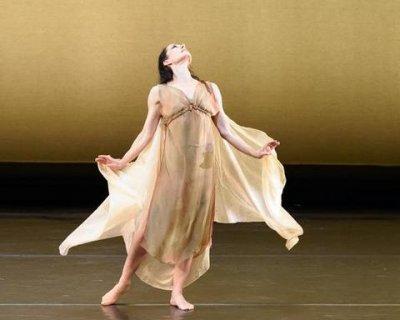 The Brahms grouping was the most openly romantic, featuring Ms. Belilove dancing with a floating scarf in “Scarf Gypsy” and Ms. D’Angelo sweetly releasing the aptly named flowers from her hands as she danced “Rose Petals.”  In “Cymbals” Ms. Rose, Ms. Yamada and Ms. Poulos filled the stage with movement that was accented by softly clapping their hands together to simulate cymbals.

The most dramatic dances were two solos danced by Ms. Belilove to Scriabin:  “Mother” and “Revolutionary.”  In the first she tenderly mimed touching a line of her children, caressing them in sadness as if they were no longer alive.  In the latter, she was a defiant fighter, stomping the earth and pressing her fists into the ground.

The Duncan movement palette involves a great deal of stylized skipping, running, soft jumps and poses reminiscent of classical Greek statuary.  It is the subtle musicality of Ms. Belilove’s dancers that distinguish one piece from the other.  The music reaches to the end of the fingertips and their toes.  This clarity of movement is a testament to Ms. Belilove’s teaching and the devotion of her company.

John Link provided the lighting, using the limited instruments available in the dance studio to their fullest effect.

Last, but not least, was the piano playing of Cameron Grant whose expert interpretations supported the dancers and were beautiful in themselves.

Running time:  one hour without an intermission