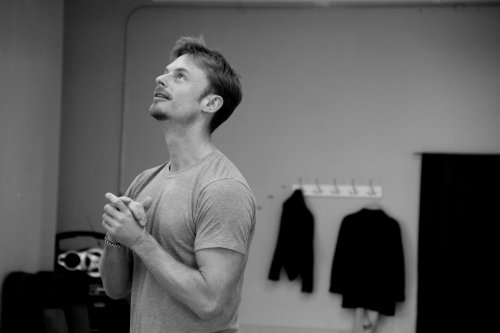 On April 27, Symphony Space and Words on Dance presented “Christopher Wheeldon in Conversation with Rita Moreno: From Ballet to Broadway,” a delightful romp through the dancing career of one of Broadway’s brightest choreographers. The lecture was moderated and led by Oscar, Emmy, Tony and Grammy winning actor-singer-dancer Rita Moreno. Moreno’s conversation with Wheeldon was prompted by a series of film clips featuring him as a young dancer as well as brief segments of his past choreographic work with the New York City Ballet, the San Francisco Ballet, the Royal Ballet, the Joffrey Ballet, the Wheeldon Company, and his most current work in the new Broadway production of An American In Paris where he serves as both director and choreographer.  It is the fusion of his classical European ballet training, his love for American music, American dance stars, and American dance that Wheeldon has established himself as a leading force in the world of dance.

Wheeldon’s British parents had unrealized artistic aspirations of their own and were very happy to enroll their hyperactive young son in a small local dance school. Fortunately for Wheeldon, after only a few lessons, the studio’s owner generously told his parents, “I think your son is too talented to be in my class.  You need to take him to the Royal Ballet School!”

As the good natured and pleasant Wheeldon, explained to Moreno, it was at the Royal Ballet School at age eight, “I experienced bliss, and wonder and absolute joy!” He believes he began developing his own choreography there where they required the young students to perform improvisational dances.  He told a charming story about creating his first official piece of choreography for others to perform that was a prequel to Swan Lake. The piece was performed by classmates who were eggs that hatched and grew into swans.  When he first saw Balanchine’s ballet “Four Temperaments,” a Pandora’s box was opened for him and he was hooked.  A film clip from his 1991 Royal Ballet School Graduation Performance featured the teenage Wheeldon appearing in Kenneth MacMillian’s humorous “Elite Syncopation” and Balanchine’s “Valse Fantaisie.” It was during this time that he took special note of Balanchine’s technique and shifted his focus to being swept up by the music instead of total focus on technique alone. At school he would often skip notation class and go to the library to read Dance Magazine to learn more about American dance.

Recuperating from an injury and seeking to travel, Wheeldon made it to the states by taking advantage of a vacuum cleaner promotion that promised round-trip airfare if one purchased the vacuum cleaner. He bought the vacuum cleaner and had his ticket to the states. Prior to leaving the UK he had written the New York City Ballet asking to participate in class and upon arriving he graciously and promptly attended class.  That same day there was another young man who was supposed to be auditioning for the New York City Ballet and after class the instructor told Christopher to go down to Peter Martin’s office because he wanted to talk with him.  Martin asked him why he wanted to leave the Royal Ballet to which Christopher replied, “I don’t want to leave the Royal Ballet.”  “Then why are you auditioning for us?”  Wheeldon answered, “I wasn’t auditioning for you, I‘m just here taking class!”  Martin offered Wheeldon the job. Before accepting, Wheeldon asked if he could see the company perform before making a decision to join or not.  Naiveté is an amazing thing! 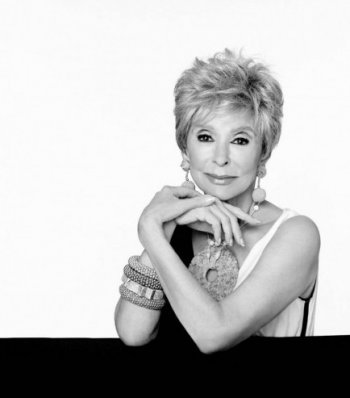 It was then that he saw Robbins’ “Opus 19” and Balanchine’s “Stars and Stripes” for the first time.  After two years with the Royal Ballet, at age 19 he joined the New York City Ballet and began choreographing for them in 1997.  In 2001 he became New York City Ballet’s first resident choreographer.  Along with many other works, in 2005 in an event that honored George Balanchine’s birth, Wheeldon unveiled his “After the Rain” a stunning heartfelt pas de deux.  Ballet to Broadway attendees were fortunate to see a clip from a screen version of Wheeldon’s “After the Rain” choreography set to music by Arvo Part, directed by Davi Russo and shot atop a NYC skyscraper in September of 2014.

Another highlight of the evening was hearing Moreno and Wheeldon swap stories about Jerome Robbins for whom they both had danced.  Although Robbins had the reputation for being a bit of a “mean bastard,” both described him as a genius, were fortunate to work for him and were lucky to never have fallen victim to his harshness.  Wheeldon described Robbins as being very patient with him.  In a piece for Robbins, he was partnering and had to execute a “dead press lift” meaning that you lift the other dancer up without them being able to help out by jumping into the lift. Christopher explained he was awful at partnering and remarked, “Girls would fall off their pointe shoes when I entered the room!”  He struggled and struggled to execute the lift for Robbins’ piece but never achieved it.  Following each performance Robbins would come backstage and say, “Next time. Next time you will do it!”  Eventually after a year of performing the pas de duex, indeed Wheeldon pulled off the lift perfectly.  He also learned a great deal from Robbins in creating a structure for dance and then making it all flow seamlessly.  No matter how abstract the piece, Robbins would insist that dancers know the who, what, where and why of the dance.

Wheeldon has a great affinity for American music, but remembers his parents taking him to a Gershwin Concert that he threatened to sleep through.  However, he was pleasantly surprised to find himself “on the edge of his seat and into the theatre music” throughout the concert. American movie musicals were also a thrilling inspiration to young Christopher. There were only three TV channels in the UK when he was growing up, so when the rare movie musical aired it was quite an ordeal.  For weeks the family would plan to watch, scheduling a large dinner to go along with the televised movie musical showing.  When Moreno asked if he remembered seeing any specific movie musicals, he quickly added that Singing in The Rain and West Side Story were by far his favorites! (Moreno appeared in both films and won an Oscar for the latter.) He was greatly inspired by American dancers Donald O’Connor and Gene Kelly. And although he found Mr. O’Connor to be the better technician, he was particularly fascinated and awed by Mr. Kelly’s “ease” on film.

To the viewer of Wheeldon’s work, one could surmise it was his association with Robbins and the inspiration of Balanchine’s work that prompts Wheeldon’s unique style today. Robbins’ mark of originality, dramatic flair, and ever increasing use of classical technique coupled with Balanchine’s syncopated musicality, and use of more space in less time to create height and length with abstract arm and hand placement appears to define much of Wheeldon’s work.  It seems connecting different styles of dance is a favorite form and approach in his work. In Alice’s Adventures in Wonderland, created by Wheeldon for the Royal Ballet in 2013 with music by Joby Talbot, he combines tap dance with ballet for the Mad Hatter character. It is Wheeldon’s youthful perspective on traditional classical dance and his unique melting pot style of various techniques that makes his work beguiling.  Wheeldon, like Robbins and Balanchine, is another talented luminary from the ballet world that has crossed over to the Broadway scene blessing it with a fresh, refined, elegantly facetious and bold approach. 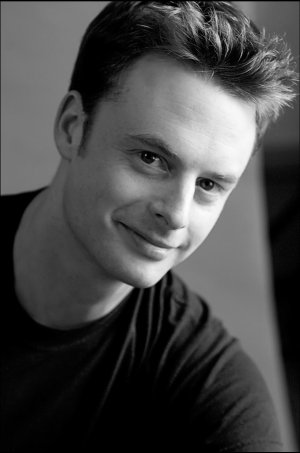 He said it has been a unique challenge directing actors and working with dancers who had never sung or acted before in An American in Paris. He empathized with them greatly and recalled auditioning for Robbins’ “West Side Story Suite” where he had to sing for the audition.  Everyone was asked to sing “Happy Birthday” for the audition and so Wheeldon practiced that endlessly only to have Mr. Robbins hand him the sheet music for “Tonight” when he walked into the audition saying, “Sing this.” He was petrified to try, but without questioning complied.  He did not get the role but was cast in the corps. Robbins brought in Broadway performers for the leads.  While serving as director for An American in Paris, he was getting some acting training himself because he was continually having to “act” confident and fearless as he was shaking in his shoes while directing and choreographing the new Broadway musical. Despite his moments of self-doubt, Wheeldon feels being out of his comfort zone and being a director has kept him inspired and moving forward. He encourages everyone, especially as they get older, to frequently move out of his or her comfort zone as it seems to be the “essence of life” and the thing that keeps one’s life alive, inspired, and moving forward.

When asked how he would define his choreographic technique and/or style, he said that was a difficult question to answer.  He told Moreno she was quite perceptive when she picked-up on the fact that he frequently moved dancers in one direction while their limbs were trailing energetically in another and that he definitely felt opposition creates a great dynamic. For Wheeldon each piece is a “journey of discovery” and that his prior pieces always inform the current piece he is working on. He claims to be a bit of a “control freak,” and involves himself with all of the design aspects of his pieces, especially costuming and scenic elements and works closely with all designers.

Having recently seen An American in Paris, the new Broadway musical that the New York Times labeled a “happily dance-drunk musical,” Moreno commented that Wheeldon somehow comes up with dance steps so unique she has never seen the likes of them.  Here again Wheeldon imposes a new element, one of gentle sexuality on classical ballet for the principal players, that draws theatergoers deep into his dance and their relationship.   Wheeldon has received rave reviews from most every major publication on his work in An American in Paris. If you have an opportunity to experience this timeless classic with a modern twist, dance as fast as you can over to the theatre to see An American in Paris!  Wheeldon’s work is not to be missed!