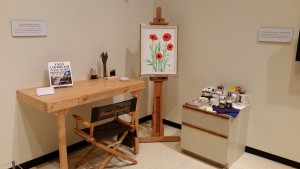 On December 12, 1995, The Empire State Building was lit blue to celebrate Frank Sinatra’s 80th birthday. This year, to commemorate his centennial, there are many events scheduled. These include HBO’s comprehensive four-hour documentary, Sinatra: All or Nothing at All, and various performers, such as Marilyn Maye, have tribute shows to him.

There is also the exhibition, Sinatra: An American Icon, at The New York Public Library for the Performing Arts. It’s curated by the GRAMMY Museum® at L.A. LIVE, and the library. Expectedly and wonderfully, it is crammed with memorabilia, awards, posters, listening booths, film clips, clothing, and objects, associated with his life and career. 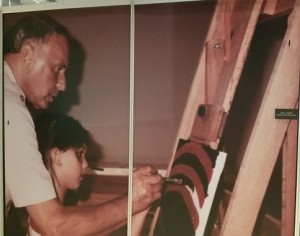 Most interesting is a small area devoted to his painting. Anecdotally knowing about this mostly self-taught pursuit of his, and seeing the actual evidence of it, is fascinating and revelatory.

For over 40 years, he painted as a way to relax and to relieve stress. Invariably “Untitled,” his work is mostly abstract expressionist, and the figurative ones are often studies of clowns. He never sold his paintings, but gave them as gifts to friends, relatives, hospitals, and charitable institutions.

Art critics may certainly analyze and pontificate about the aesthetic value of these works. For devotees of his, they offer an intriguing view into his consciousness and imagination. Since he emerged as the supreme performer of the 20th Century, many have tried with varying degrees of success to fathom his inner life. These vibrant colors, shapes, and enigmatic portraits, add even more dimension to the mystery of what went on in the mind of Frank Sinatra. 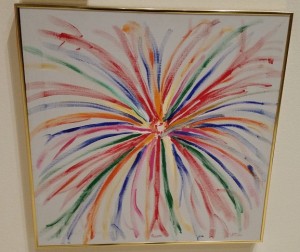 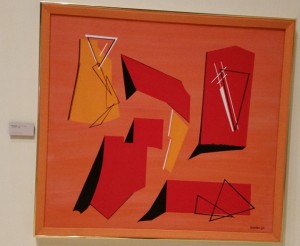 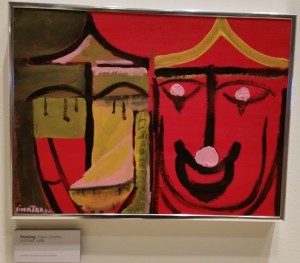