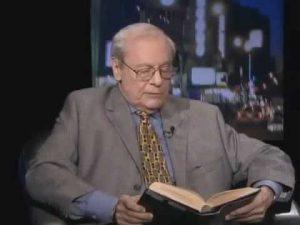 “For Darryl who isn’t Wally Shawn,” meticulously inscribed John Simon, along with his signature, in my copy of his collected theater reviews. This massive volume was part of a comprehensive trilogy that also included Mr. Simon’s reviews on film and music. The time frame chronicled was the 1970’s to the early 2000’s.

Being a long-time admirer of his, I had LUGGED it in October 2005, to the New York Times’ sponsored Bryant Park Book Expo, “Great Read in The Park.” I had noticed in the brochure that he would be among the many authors in attendance at tables promoting their work.

“Could you please write ‘To Darryl, Shut up you fool!'” That was one of his many fabled, caustic zingers. He had yelled that from the audience of a New York Film Critics Circle awards ceremony, where Wallace Shawn had been rambling on during a presentation.

“I couldn’t write that as you are certainly not Wallace Shawn!” he chuckled. “Besides it would be self plagiarism. I never use a line twice.”

Then I reminisced with him about his spectacular appearance in the 1980’s, at New York University that I had witnessed. He participated in a panel about books adapted into films.

During the discussion, a man in the audience was quietly glancing at a newspaper. “Excuse me. I really must insist that the gentleman reading Le Monde kindly put it away! It is extremely rude!” bellowed Simon from the stage.

There was a hushed silence, and the embarrassed individual froze, and the talk resumed.

“I remember that. And I recall I went into the audience.” he beamed. That was his dramatic response to the man provocatively taking out the paper again. Simon got up from his seat, sprinted off the stage and up the aisle of the auditorium. Pointing at the scoundrel, he admonished him in French, to the astonishment and delight of the crowd. The cretin got up and left, and the proceedings continued. “Politeness is so important.”

After thanking him, I investigated the rest of the event. Later on, I saw him ambling to 42nd Street and Sixth Avenue, where he waited for a bus.

For 36 years he was the drama critic for New York magazine, then at Bloomberg News and most recently at The Westchester Guardian.

It is wonderful to still see him in the audience at shows, as he continues to wittily and eruditely hold forth at http://www.uncensoredsimon.blogspot.com

He is also active on Facebook, and reviews theater on the cable television show. Corner Table, that is taped at Joe Allen. He co-hosts it with Justin William Brown, who is in his 20’s. There is a marvelous contrast between them. Simon transcends time and embraces technology. Those who revere him are very lucky for that, and wish him well today.