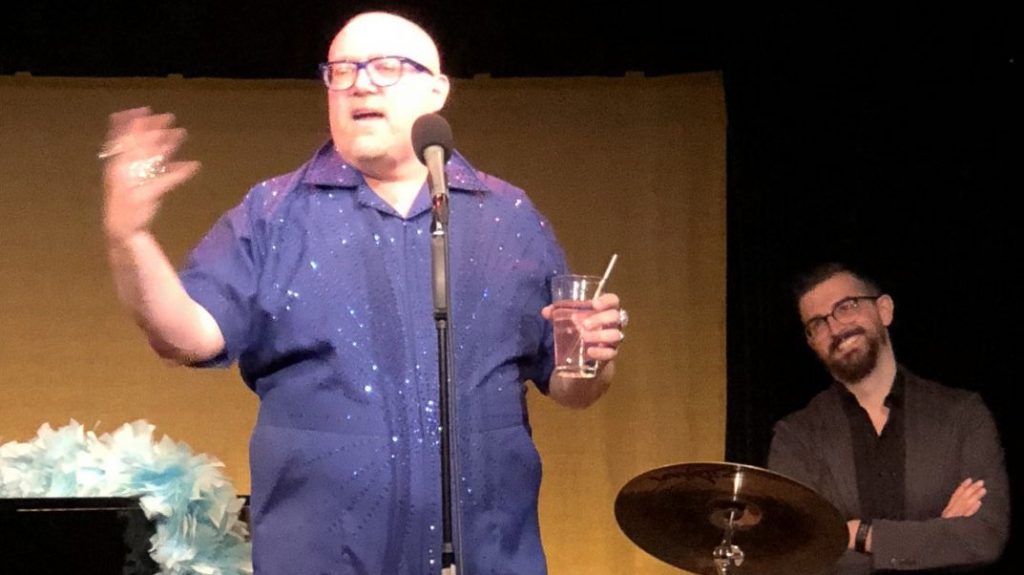 John Burns and William Demaniow at The Duplex.

“At first glance, we don’t look like we have much in common,” quipped vocalist John Burns during his uproarious cabaret act Don’t Call Me Shirley!: John Burns sings Shirley Bassey. Indeed, the rotund, bald, mature and bespectacled Mr. Burns is light years away from the charisma and glamour of the legendary star described as “the British Eartha Kitt.” Nevertheless, through his commanding tenor voice, affability and showmanship, Burns put on a delightful show that melded his own gifts with the essence of Dame Shirley in a fast-paced, eclectic and affectionate program of notable songs that she sang.

Bearded music director William Demaniow was superbly on piano and was an impish silent foil with his sly facial expressions. Due to a weather delay in Japan, the show’s drummer was absent and Burns magnificently soldiered on with the requisite “Goldfinger” and “Diamonds are Forever” being thrilling highlights. There was a very funny audience participation segment where a young man was coerced to go onstage and hold a gun while interacting with Burns.

Pink’s “Get The Party Started” was the raucous opener and there was a giddy “The Lady is a Tramp.” The Doors’ “Light My Fire” was given a majestic rendition. Blood, Sweat & Tears’ “Spinning Wheel” was rousing and Seesaw’s “Nobody Does It Like Me” was saucy. Quite moving was Love Story’s theme “Where Do I Begin.”

“This song was stolen from me,” growled Burns as he launched into a dramatic “I (Who Have Nothing)” that was originally made popular by Tom Jones. The wistful “Yesterday When I Was Young” was made even more poignant by the news of the death of its writer Charles Aznavour that day.

“Keep moving, keep dreaming” is Burns’ eloquent summation of Bassey’s glittering career that has spanned 30 albums over every decade since the 1950’s. This one night encore engagement of Don’t Call Me Shirley!: John Burns sings Shirley Bassey was at The Duplex where it was performed several times earlier this year. Hopefully this unique entertainment will have a return run. 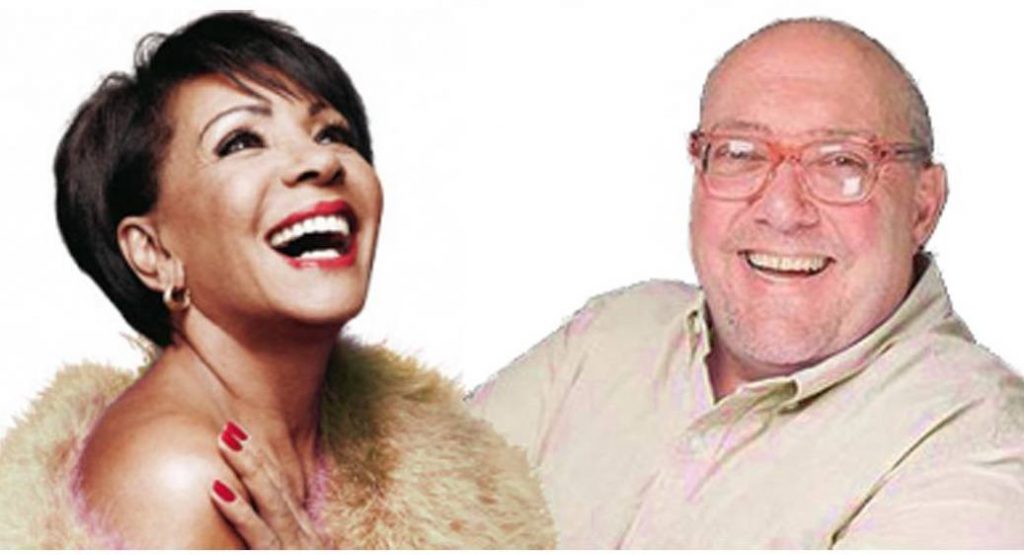 For tickets and information visit, http://www.johnburns.live