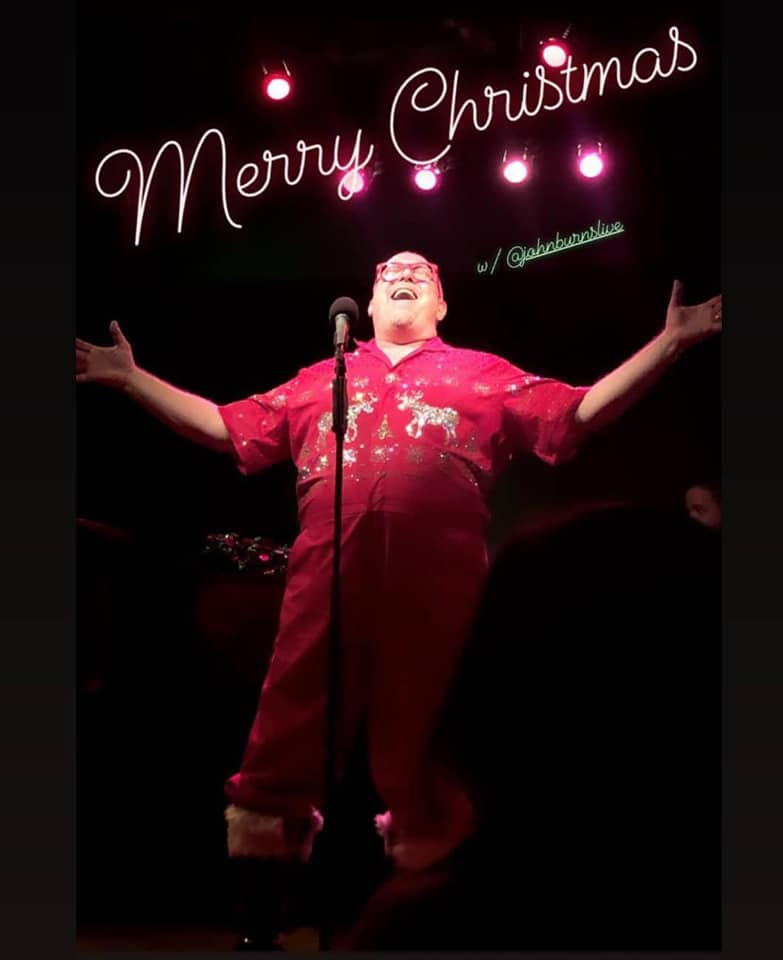 “Nothing brings you closer than almost breaking a hip together!” cracks performer John Burns about his later in life romance that culminated in marrying his husband. “You have to be a little drunk to fall in love” is another choice observation imparted amidst the glorious singing, uproarious comedy and occasional wistfulness that’s to be found during his marvelous holiday cabaret act, If Loving Yule is Wrong, I Don’t Want to be Right.

This set piece is a rich recounting of the couple’s third afternoon date seven and half years ago that took place in Inwood. They wandered through a snowy Fort Tryon Park and then found a bar that was open where they had “Manhattans in Manhattan.” The climax of this absorbing reminiscence is a terrific Motown-style rendition of “Winter Wonderland.” The swirling unison of spoken word and song recalls the emotional impact of Sandra Bernhard’s monumental solo show, Without You I’m Nothing.

Mae West’s bawdiness and Paul Lynde’s flippancy are channeled by his idiosyncratic comic persona. That is hilariously evident for “My Favorite Queens,” lyricist David Dreyfus’ wickedly funny reworking of The Sound of Music’s classic song into a gay anthem.

Burns is accompanied by his dryly charismatic music director William Demaniow on piano and the humorously low-key Brendan McClaskey on percussion. There’s also the supreme vocalizing of “The Sleigh Sista Singers.” These are the vivacious backup duo of Christine De Frece and Holly Dunn and they all assist Burns for an entertaining hour. These supporting figures are clad in flowing green robes adding to the witty visual splendor displayed on the bare contained stage.

“That’s enough!” snaps Burns, raucously shutting down an audience sing along of “Jingle Bells” which he instigated. The gathering has previously received a handout with lyrics for other called out communal numbers that include “Silent Night,” “We Three Kings” and “We Wish You a Merry Christmas.” A processional “O Come, All Ye Faithful” was the stirring opener. 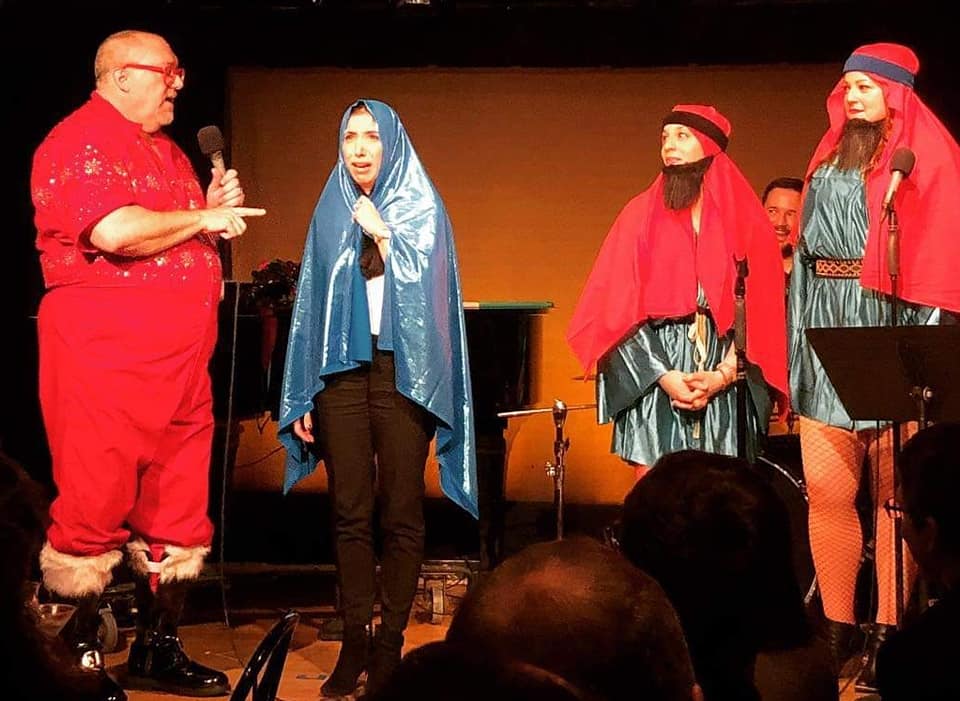 A nostalgic reverie about growing up poor on a desolate Midwestern prairie leads to a comic audience participation sequence replicating the town’s Christmas pageant. Attendees are called up onstage and are garbed in Biblical wear and a donkey mask to enact The Nativity.

Earlier this year Burns made a mark with his Shirley Bassey tribute concert, Don’t Call Me Shirley! Fittingly, If Loving Yule is Wrong, I Don’t Want to be Right’s finale was a sidesplitting rendition of “Mr. Grinch” with that diva’s immortal “Goldfinger” inflections. It was a perfect end to the delightful irreverence.